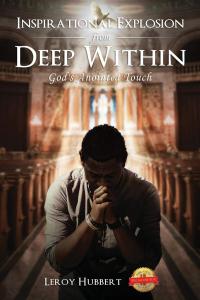 Inspirational Explosion from Deep Within 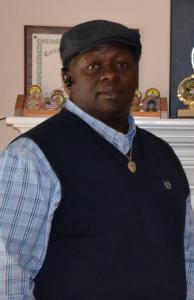 Never give up! Anything you are going through someone else has already been down that road. The outcome of what happens next is how you handle the situation…”
— Leroy Hubbert

KANSAS CITY, MISSOURI, UNITED STATES, February 16, 2022 /EINPresswire.com/ — With “Inspirational Explosion from Deep Within: God’s Anointed Touch” author Leroy Hubbert draws from the hard life he has had, from being born premature and given slim chances of surviving, to serving in the military and raising a family as a single parent, to pen writings infused with the drive and motivation he found in life so that he may help others on their own journeys as well. The core of his capacity to soldier on is faith, and his work contains spiritual lessons that others may utilize when they too face hard times.

With this work, Hubbert collates his previous writings, which me made to understand the situations he faced in life, the troubles that dragged him down, and how he turned to God when he had no one else. He shares his prayers from those difficult times, which sustained him through years of being a single parent of two children, as well as the hardships of homelessness. During that time, he shared his thoughts and feelings on Facebook. Just when he was on the verge of surrendering, he saw that people were actually reading what he wrote. His work was touching people’s lives and they in turn were connecting with him, telling them that they found spiritual nourishment from his ruminations. Seeing that his writings moved people encouraged him in turn and allowed him to put his life together.

Now with “Inspirational Explosion from Deep Within: God’s Anointed Touch” he is paying it forward, giving his readers words of motivation to help them through the challenges they will encounter in their lives.

“Never give up! Anything you are going through someone else has already been down that road. The outcome of what happens next is how you handle the situation. You can give up or you can take charge and change the outcome knowing that God is guiding you through the consciousness of the Holy Spirit.” Hubbert says.

About the Author
Leroy Hubbert was born prematurely in Kansas City, Missouri during the 1960s and was not expected to survive, but he beat those odds thanks to his prayerful and caring mother who refused to accept those odds. Since then he has faced whatever life has thrown at him and prevailed. He served in the military for 22 years, raised his children as a single parent, and is dedicated to ensuring that they never suffer or want for anything.