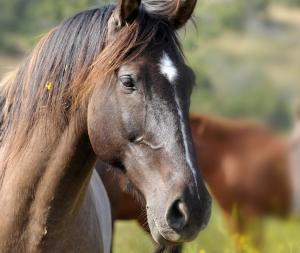 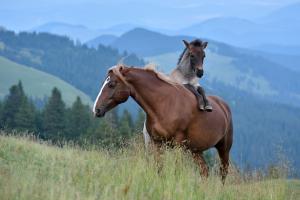 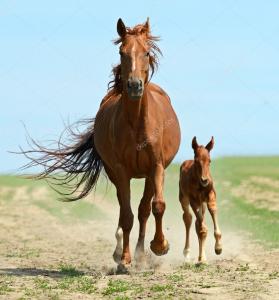 ATLANTA , GEORGIA , UNITED STATES, August 17, 2021 /EINPresswire.com/ — Horse protection advocates across the country were waiting to find out if the U. S. Senate would include wording in their Infrastructure Bill to protect American horses. The proposed amendment would have prevented horses from being transported across state and federal boundaries to be processed for overseas markets in Canadian and Mexican slaughterhouses. In a press release dated August 10th, Marty Irby, with Animal Wellness Action, announced that the Senate did not include the Menendez Amendment in their version of the Infrastructure package.

The House of Representatives already included the needed protection language in their legislation. On June 30th, Congressman Troy A. Carter Sr. (LA-02) “lauded the passage of his amendment to H.R. 3684, the INVEST in America Act. His amendment protects America’s horses from being moved across state lines by ground transport and then exported to Canada and Mexico to be butchered for human consumption.” He further stated, “This is not a new issue for Congress – a lot of work has been done by great members on both sides of the aisle to put an end to this horrible practice – and a lot of ground has been gained. However, a legal loophole allowed tens of thousands of American equines to be exported each year to Canada and Mexico for slaughter. The conditions on these journeys are particularly inhumane, with horses crammed inside trailers for long journeys without adequate water, food, or rest. I offered this amendment because it was a chance to end this heinous practice once and for all and I am glad to see its successful passage.” https://troycarter.house.gov/media/press-releases/congressman-carter-amendment-banning-slaughter-horses-human-consumption

“We are disappointed the Senate continues to treat the ongoing slaughter of tens of thousands of horses as anything but an urgent matter,” said Marty Irby, executive director at Animal Wellness Action, who was recently honored by Her Majesty, Queen Elizabeth, II for his work to protect horses. “Here was an opportunity to solve a major animal welfare problem that the American public overwhelmingly supports and that’s been circulating in the Senate for a quarter century. House Members should vote against the Senate-passed infrastructure bill or amend the measure to restore the anti-slaughter language.”

If life circumstances arise that create a need to find a new home for the family horse, it is possible the horse could fall into the hands of a kill buyer and then be transported to a slaughter facility without the owner’s knowledge. Most horse owners seek a safe home for their horse but until pending legislation is passed to prevent transport for slaughter from happening, it is said every American horse is always one sale away from ending up in the hands of a kill buyer. All wild and domestic horses are at risk of ending up in this situation. For individuals unfamiliar with this issue, information can be found on the Animals’ Angels website. They are a U.S. based non-profit organization that works to improve conditions for farm animals. http://www.animalsangels.org/issues/horse-slaughter.

Please help America’s horses and the equine protection community in this effort. Contact your U.S. Representative and ask them to include the Carter-Fitzpatrick Amendment to end the transport of equines to slaughter in the final Infrastructure Bill. We thank Representatives Troy Carter (D-LA) and Brian Fitzpatrick (R-PA) for their work. You can find the contact information for your lawmaker on The Directory of Representatives information page.