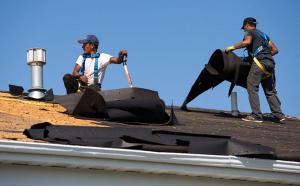 The unusually active hurricane seasons since 2005 have drawn large groups of immigrants from Central America with the promise of construction work.

New Orleans would have never come back after Hurricane Katrina if not for the help from our Latino neighbors.”
— Michael Mullin

NEW ORLEANS, LOUISIANA, USA, June 28, 2022 /EINPresswire.com/ — Ever since Hurricane Katrina hit New Orleans in 2005, the city has been undergoing a transformation. In the aftermath of the storm, many Latino immigrants came to the city to help with the rebuilding efforts, and in recent years, hurricanes like Ida have brought a new crop of Latinos to rebuild damaged homes around the city.

Experienced New Orleans immigration attorney, Michael Mullin says, “New Orleans would have never come back after Hurricane Katrina if not for the help from our Latino neighbors.” He goes on to add, “They bring devotion to their craft, and quite frankly, a work ethic that is lacking in their American counterparts”.

This growing Latino community is having a profound impact on the culture and economy of New Orleans. Latin American restaurants and businesses are popping up all over the city, and the sound of Spanish can be heard in neighborhoods that were once predominantly English-speaking.

This demographic shift is also changing the politics of New Orleans. In the past, Latinos have been largely absent from the city’s political scene. But that is starting to change, as more and more Latino immigrants become engaged in the civic life of their adopted city.

According to a study by Dr. Manuel A. Vásquez, in the past 10 years, there has been a significant increase in Latinos migrating to the United States after major natural disasters. The study reveals that this influx of immigrants is largely due to the need for labor in post-disaster reconstruction efforts. Many of these new arrivals are finding that their skills and experience are desperately needed in communities that have been devastated by hurricanes, floods, and earthquakes.

Since many of these immigrants have made New Orleans their home, they continue to play a vital role in rebuilding not just homes, but also communities. Thanks to their tireless work and resilience, New Orleans is slowly but surely rebuilding into a stronger city than ever before.

The transformation of New Orleans into a more diverse and cosmopolitan city is sure to continue in the years to come. And Latinos will play an increasingly important role in shaping the future of this historic American city.