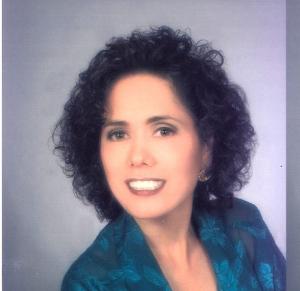 Lani Bernard is a philanthropist from Hawaii, known by he stage name of Lani Stark

It is an absolute honor to graciously accept this prestigious award.”
— Lani Stark

Her education has helped set her path towards success as she holds degrees in Gemology, Hypnotherapy, and Ornamental Horticulture. In her younger years, she also underwent extensive training in several fields of the arts.

Throughout her career, Lani was able to lead businesses to success, perform with internationally celebrated artists, and inspire large audiences with her words and music. With her talent, compassion, and capacity to lead people, she also initiated projects that helped strengthen communities, especially women and children.

She is definitely a powerful and effective woman leader in whatever endeavor she chooses to pursue. Because of this, she became a recipient of the prestigious “Global Women’s Outstanding Leadership Award.” The Women’s Information Network (The WIN) presents this award to women leaders who are able to use their influence and power to create programs and events that will help reinforce women and their families.

Aside from the Global Women’s Outstanding Leadership Award, Lani also received recognition and appreciation for her contributions to her local community. She was awarded by the Governor of Hawaii for being able to execute “The First Night Festival Series,” a life-enriching event that helped save lives and drew families together for a drug and alcohol-free New Year celebration. Amazingly, 250,000 participants gathered in Oahu while 7,000 people joined the event in Maui.

As a philanthropist, she also supports nonprofit organizations that aim to help children and young people who belong to poor families. In the past, she helped raise more than 5 million dollars which helped organizations accomplish their mission to feed and educate them.

On one occasion, she co-produced a fundraising event with World Hunger, a humanitarian organization. It has received positive feedback from people, thus, generating funding for outreach programs.

At The Hamakua Ecology Center, a nonprofit organization where she was the former Executive Director, Lani Stark also led community outreach programs, produced concerts and festivals, and developed the educational curriculum.

Furthermore, she also brought inspiration to more young adults by facilitating and coordinating workshops with big universities like Cornell, Harvard, and Stanford.

She also played an important role in building a 501c3 nonprofit organization that seeks to lead people towards positive change through inspiring and empowering music and entertainment. This organization was spearheaded by luminaries like New York Times best-selling authors Wayne Dyer and Dr. Harold Bloomfield and Grammy Award-winning producer Michael Narada Walden among others.

Up to this day, Lani continues to inspire people by upholding her passion to serve and help communities. She is indeed a strong woman leader who fights to empower the weak or the people who need someone to be their voice.

With more people like her who are willing to take up the challenge and help make this world a better place, more communities will experience how it is to truly live a life looking forward to a brighter future.