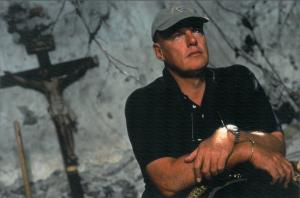 Lance Hool, acclaimed film producer, believes that the right person must be cast for the part and that you should not take in account the actors personal life. “I am always searching for the actor who best embodies the part,” states Hool. “I am not swayed one way or the other by their personal life.”

Even better, long-out queer stars such as Gillian Anderson (“The Crown”), Jonathan Groff (“Hamilton”) and “Saturday Night Live” standouts Kate McKinnon, Bowen Yang and host Dan Levy were recognized by the academy for playing everything. This latter lauding, however, remains a rarity. John Benjamin Hickey — whose Colin in “In Treatment” is heterosexual — has been outspokenly gay for years, but Emmy-nominated Emma Corrin was not yet publicly queer when she was cast as Princess Diana in “The Crown.”

Hool continues, “I’m Mexican. My mother was a great choreographer and I grew up in a totally diverse world among artists. It is the best actor for the part. The rest doesn’t matter.”

Jonathan Bailey was publicly out when he won the role of ladies’ man Viscount Anthony in “Bridgerton.” His sex symbol status — which spans fans of all genders and orientations — proves queer actors can convincingly portray straight roles. But many may still feel unconvinced, choosing to remain in the closet.

“As John Huston told me it’s the cast, the cast, and the cast,” concludes Hool.

“Once they come out, lesbian, gay and bisexual actors have rarely been considered for straight leading roles,” says GLAAD director of entertainment media Jeremy Blacklow. “We look forward to a time when LGBTQ actors can bring their full, authentic selves to their work without the fear of discrimination.”