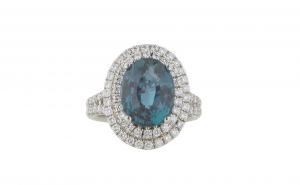 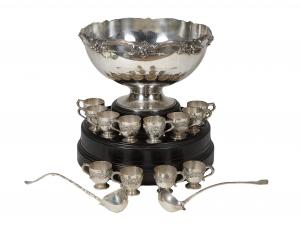 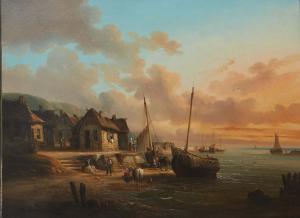 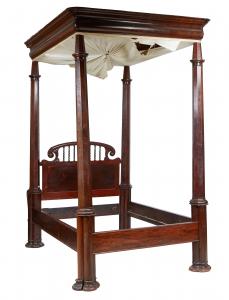 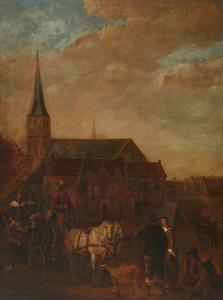 The auction, starting at 10 am Central each day, is packed with 1,222 lots in a wide variety of categories, online and live at the gallery in New Orleans.

The auction, starting at 10 am Central time all three days, is packed with 1,222 choice lots in a wide variety of collecting categories. Bidding is available online, as well as live in the Crescent City gallery at 1330 Saint Charles Avenue in New Orleans. In-person gallery previews will begin on Wednesday, October 26th, from 10-5 Central time. Phone and absentee bids will be accepted.

With a pre-sale estimate of $100,000-$200,000, the lady’s platinum dinner ring with a 7.96-carat Indian oval alexandrite surrounded by a double concentric border of tiny round diamonds is easily the auction’s headliner. The split shank is also mounted with tiny round diamonds. The total diamond weight is 1.05 carats. The ring is accompanied by an appraisal and a GIA report.

The early 20th century 15-piece sterling silver punch set by Whiting, is expected to change hands for $4,000-$8,000. The set consists of a large punchbowl, 28 pints, in a grape and vine motif, twelve matching punch cups, and two punch ladles, one by Whiting, retailed by George Brodnax (Memphis, Tenn.), and a Towle example in the “Old English” pattern, plus a 2-tier wooden stand.

The oil on board in the manner of David Teniers the Elder is titled View of Amsterdam. It has a partially covered signature lower left and is dated “46” lower left. A label on verso attributes the work to David Teniers the Elder (est. $1,000-$2,000). Also, a 19th century oil on canvas Dutch School painting titled Dutch Fishing Village, signed “H. W. Mesdag” lower right, possibly Hendrik Willem Mesdag (Dutch, 1831-1915), in a gilt frame, carries an estimate of $800-$1,200.

The two 19th century American carved mahogany tester beds consist of one with an arched twisted spindle headboard, flanked by turned and octagonal posts, joined on wood rails and a single footboard (est. $1,000-$2,000); and a full tester double bed with an arched leaf carved headboard, flanked by tapered octagonal posts upholding a buttoned yellow silk tester, to arched rails and an arched footboard (est. $1,200-$1,800). Both gorgeous beds are over 100 inches tall.

The rest of the auction is fairly eclectic, with items ranging from a large collection of Asian objects to a collection of blackamoor figures to a large collection of fine jewelry (to include sapphires, diamonds, emeralds, rubies and more). Decorative accessories will feature a three-piece Sevres-style 19th century gilt bronze clock set by Japy Freres (France), the clock with a gilt decorated celestial blue covered urn surmount, and with leaf and berry handles (est. $600-$900).

Fine French period furniture, a staple at nearly all Crescent City auctions, will be plentiful in this sale as well and will include the following pieces:

Portrait paintings certain to attract keen bidder attention are a 17th century oil on canvas British School Portrait of an Admiral, possibly Sir John Skelton, Governor of Plymouth, unsigned, 27 ¼ inches tall by 23 ½ inches wide (est. $800-$1,200); and a pair of 19th century Continental School unsigned oils on canvas, Portrait of a Woman and Portrait of a Gentleman, each with faintly written inscriptions on verso and both presented in wood and gilt frames (est. $500-$1,000).

Just a few of the more beautiful decorative accessories in the auction will include the following:

Internet bidding will be provided by LiveAuctioneers.com, Invaluable.com and BidSquare.com. Absentee and phone bids will be accepted until 1 pm Central time the day before the auction. A 25 percent buyer’s premium will be applied in-house (three percent discount for cash or check). A printed catalog is available; call 504-529-5057 or email info@crescentcityauctiongallery.com.

Crescent City Auction Gallery is always seeking quality consignments for future auctions. To consign a single item, an estate or a collection, you can call them at (504) 529-5057; or, you can send an e-mail to info@crescentcityauctiongallery.com. All phone calls and e-mails are confidential.