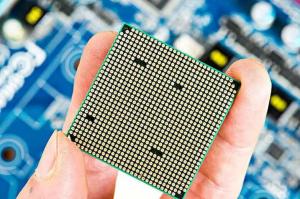 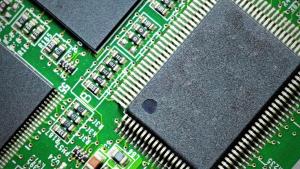 Kynix reports a shift in chip market winds due to lower demand for consumer electronics.

HONG KONG, CHINA, July 9, 2022 /EINPresswire.com/ — Since 2022, demand in the consumer electronics market has continued to be sluggish due to many factors, including the epidemic. Terminal brands have revised down their annual shipment targets for TVs, PCs, smartphones, and other products, so that display panels, driver ICs, and other products have seen a drop in volume and price.

Here, let’s take a look at what chip prices have recently jumped.

Industry sources said that the prices of LED lighting products used in the light-emitting chips and driver IC began to fall, and even shipping prices are now all the way down.

The price of light-emitting chips declined about 20% to 30% year on year. Drive chip prices have fallen back a little more, has fallen back about 40%.

Last year, the analog IC market is very hot. Among the general-purpose analog IC, the largest proportion of power management ICs in short supply, becoming the hottest category in the semiconductor market.

But this year, with the rapid opening of new production capacity and downstream demand for a temporary period, the analog IC price wave will end. Previously the industry’s most live power management chip can not continue the upward trend. A variety of signs indicate that the overall market conditions are declining sharply.

Recent IC distributors in mainland China stocked up on consumer MCUs when prices were higher before, and the inventory could last three to four months. However, due to the uncertainty in demand outlook this year, distributors have recently taken action and started to reduce the price of consumer MCUs.

It’s worth noting that the drop in consumer MCU prices was initiated by IC resellers rather than the chip makers themselves. However, this has begun to adversely affect the low-cost MCU market, especially those used in small home appliances MCU.

4 NOR flash memory price reduction of 3%

The slowdown in demand for cell phones, personal computers, and consumer electronics in the first two quarters of this year has led to an uncertain demand outlook for the second half of 2022. Downstream equipment suppliers are facing increasing pressure to destock.

Low-capacity NOR is affected by China’s city closure on consumer electronics demand, coupled with the general environment with many uncertainties and increasing client inventory levels, leading to a price cut in the second quarter, with a drop estimated at about 3%.

DRAM and NAND Flash spot prices continued to fall in May due to increased market inflation and weakening end-user demand.

Some institutions predict that demand visibility for TVs, set-top boxes, home applications, and IoT wearable devices will remain low in the second half of 2022, coupled with an increase in wafer production by the end of the year, leaving supply on the rise.

6 GPU fell from March to May

GPU prices fell mainly because crypto-digital currencies like Bitcoin and Ether are facing dramatic shocks, which led to an increasingly unprofitable mining market, a drop in demand for GPUs, and a loosening of graphics card prices.

Shares of global GPU juggernaut Nvidia have fallen 31% since 2022, while shares of fellow GPU manufacturing leader AMD are down about 37%.

To conclude, starting from the peak of the epidemic in the 2020 past, a surge in demand and a slide in supply presented themselves simultaneously, triggering an unprecedented wave of core shortages. This year, the situation is the opposite, with factors such as the epidemic, inflation, and geopolitical conflicts causing consumer demand to weaken.