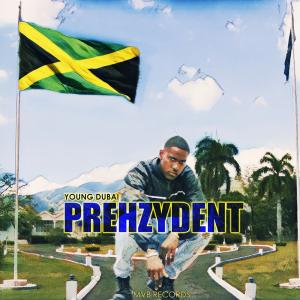 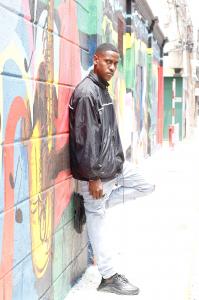 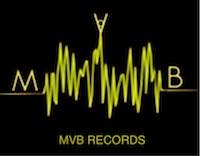 “PREHZYDENT” will show the Dancehall Reggae world that Young Dubai is not only a gifted writer and lyricist, but his cadence and flows are very diverse”
— Michelle Robinson

KINGSTON, ST. CATHERINE, JAMAICA, May 28, 2022 /EINPresswire.com/ — It’s every young Jamaican MC’s dream; getting signed by an American record label. In November 2021, Austin “Young Dubai” Dakins was doing what he did on a regular basis, posting videos of himself reciting lyrics to his unrecorded music. As luck would have it, Kirk, an intern for MVB Records; an independent New York record label, was touched by the song that Young Dubai posted on instagram. That song later on became the artist’s first recorded track with MVB Records, and it’s called “Things Gon’ Change”.

Fast forward seven months later, and Young Dubai is getting ready to release his first EP “PREHZYDENT“, and his life is literally changing right before his eyes. “PREHZYDENT” is a five track EP. Three of the five songs on “PREHZYDENT” are songs about Young Dubai’s prowess with young ladies; Gyalist, She Like That, and Prehzydent. The other two songs on the EP; Soldier (REMIX) featuring MVB Records newly signed Hip Hop artist AR, and Timmy Turner (Murder), display a more aggressive but cool side of Young Dubai.

“PREHZYDENT” will show the Dancehall Reggae world that Young Dubai is not only a gifted writer and lyricist, but his cadence and flows are very diverse. The two stand out tracks for us is the title track “Prehzydent”, and “Soldier (REMIX) Ft. AR”. Listeners can preview “PREHZYDENT” early on Apple Music, but it’s official release date for all stores is June 6th, 2022.