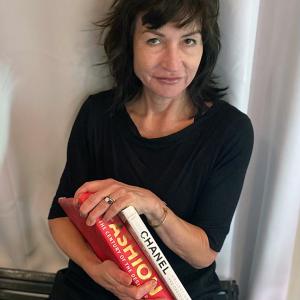 For years, I’d cringed inwardly as fellow journalists (mostly those holding a TV mic) asked the trope, So, what’s your inspiration this season?”
— Vivian Kelly

NEW YORK CITY, NEW YORK, USA, December 29, 2021 /EINPresswire.com/ — Backstage at fashion shows is sheer chaos. Dozens, if not hundreds, of press all jockeying for a precious 30 seconds with the designers of the collection being shown with about 95% of them asking the exact same mundane question… “what was your inspiration for the season?” For years, this question has caused Fashion Journalist & Senior Influencer, Vivian Kelly to cringe, yet nearly every journalist instinctively shoved their mic into the face of the designer and recited he question as if it were a journalistic mantra. Invariably, the question causes the designer to default to auto pilot by the fourth backstage interview, and everyone gets a canned statement that barely scratches the surface let alone offers any sort of journalistic insight for the reader.

The question can work if the designer was prone to showing a heavily themed collection like the likes of Zang Toi or Jeremy Scott, but for the bulk of the designers on the runway, the question is as interesting as watching white paint dry.

About ten years ago, while standing in line to speak with designer Yigal Azrouel, the following question popped into Vivian’s head: “What do you think is the difference between fashion and clothes, or is there one?” She was queued up backstage to speak to the designer with a noted fragrance expert, fellow fashion critic, and good friend, Mark Behnke, who encouraged her to go for it and see what Mr. Azrouel would respond. When it was her turn, Vivian, being her normal fearless self, went for it.

Mr. Azrouel was a bit taken aback by the curveball question and debated internally before answering, “Clothes, I make clothes. Fashion is about the person wearing it. You can wear an “I Love New York t-shirt” and with the right esprit and styling, it is fashion.” Vivian was intrigued, as was the designer, apparently. Sensing a new story angle, Vivian decided to make it her week’s goal to ask as many designers as she could this question.

As the week went on, the question generated more startled looks from designer Douglas Hannant, and Victoria’s Secret Angel, Adrianna Lima. Having only 30 seconds to speak with Adrianna, Vivian shot her question and Ms. Lima loved it so much that when her handlers/PR team tried to move Vivian out of the way to make room for the next interview, Ms. Lima swatted them away to take the time to answer with a twist- “Can underwear be fashion?”. Her response was a firm, “Yes. Anything that is a creation is fashion.”

This week, as she prepared for her weekly “Fashion, Fashion, Fashion” Instagram TV show, Jillian James, a regular viewer in her 20s, contacted Vivian with the following question: “I was listening to your IGTV Live with Scott, and I don’t really know a lot about fashion. How does one know that something is fashionable?”

In this week’s episode, Vivian and her co-host R. Scott French will be tackling this question. To watch the episode and all of the past “Fashion, Fashion, Fashion” episodes, check out the shows at: TheFashionHistorian and RScottFrench on Instagram