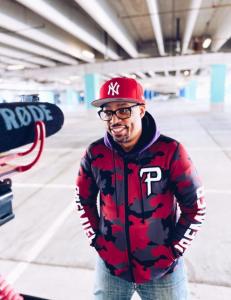 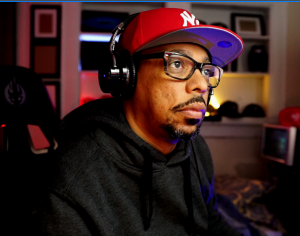 The partnership with Hyperluxe is the perfect platform to increase access for to all skill levels and create community where all can thrive.”
— Frank Johnson

JACKSON, MS, USA, February 10, 2022 /EINPresswire.com/ — Hyperluxe Gaming which delivers tournament style Esports is now turning its attention to the world of chess. Competitive chess is a standalone ecosystem. With more and more competitive players moving into strategic game play led by the game of chess, Hyperluxe Gaming will now offer and is committed to providing new outlets for competitive play, learning and player development through its combined gaming platform and fully developed education curriculum.

Hyperluxe is partnering with chess celebrity Frank “ChessCoach” Johnson to provide critical guidance in chess culture and tournament organizing. Frank Johnson is a certified tournament director with the United States Chess Federation with over 300 chess tournaments directed around the country. He also is a partnered chess streamer on Twitch with over 6 million views and counting.

Johnson states, “that it is important to have competitive gaming available for all skill levels and not just world champion contenders. The partnership with Hyperluxe is the perfect platform to increase access to all skill levels and create a community where all can thrive.”

About Hyperluxe.gg:
Hyperluxe Gaming is more than just an esports gaming platform that supports competitive tournament play. Hyperluxe Gaming seamlessly combines a world-class Esports academic curriculum with an engaging tournament platform. Hyperluxe Academy is a signature program where players are able to learn every aspect of Esports technology and how to become business entrepreneurs all at the same time. The course lessons include STEM skill growth, game design, strategic gameplay tutorials including one on one lessons, finance and money management, social media marketing, branding and advertising, live streaming and industry experience in one of the fastest growing technology sectors of the modern time. For youth players, the platform provides a safe and nurturing environment where kids can compete for fantastic prizes and be incentivized to take part in the academic curriculum that has been developed specifically for kids ages 8-18.

About Frank Johnson:
Frank Johnson has been playing competitive chess for 30 years and organizing chess events for 20 years. He has taught chess players from all around the world. He has a community on Twitch with more than 14,000 members and has played chess for audiences in excess of 7 million.

About USChess:
The US Chess Federation (US Chess) is the official governing body and nonprofit 501(c)(3) organization for chess players and chess supporters in the United States. Our mission is to empower people, enrich lives, and enhance communities through chess. Our vision is that chess is recognized as an essential tool that is inclusive, benefits education and rehabilitation, and promotes recreation and friendly competition.
Frank Johnson
frankjohnson@chess-coach.net
Chess Esports Creator