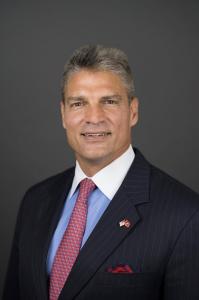 Believe it or not, people with learning disabilities (LD) and/or attention deficit hyperactivity disorder (ADHD) may actually be gifted with something of a “superpower” — one that won’t let them leap any tall buildings, but could instead help them succeed as executives in major corporations.

When studying ADHD/dyslexia closely, one comes away with an understanding that people with such brains usually can see things others cannot and can envision things that can and should become the norm. For example, one recent study cited on the website 9 Strengths of Dyslexia reported, “People with dyslexia have the ability to see how things connect to form complex systems, and to identify similarities among multiple things.” Another study cited in Scientific American found that dyslexic astrophysicists were superior in observing details in the universe, especially around black holes, compared with their non-dyslexic colleagues. And people with ADHD, of course, according to ADHD expert Dr. Edward “Ned” Hallowell at Harvard University, “often become the natural born leaders within many groups due to their unique ways of seeing where a company should focus its efforts.”

Former senior executive and IBM Chief Information Officer of its Hardware Division, Robert E. Corley, said that most of the people in senior management positions, including himself, were definitely ADHD, which, in his opinion, allowed them to keep track of several things at once and envision where the company needed to go, all of which made them natural born leaders. With this in mind, one will not find it surprising that famous CEOs like Bill Gates (Microsoft), Richard Branson (Virgin Atlantic), Walt Disney (Disney), Ingvar Kamprad (IKEA), David Neeleman (Jet Blue), and John T. Chambers (Cisco Systems) all have ADHD. And not surprisingly, Branson, Kamprad, Neeleman and Chambers have dyslexia too (ADHD and dyslexia often go hand-in-hand). The accomplishments of all these men speak volumes to their strong visions of how companies should be developed and handled.

Although I use the term ADHD, I disagree that it applies to many who are “diagnosed” with ADHD. It is a misnomer that they have a deficit in attention. In truth, people with ADHD pay attention to everything. Simply put, the abbreviation of ADHD should be replaced with a more positive one, perhaps UHA for “Unique and Hyper Aware.” The average person is not aware that the upside of ADHD is “originality, creativity, charisma, energy, liveliness, an unusual sense of humor, areas of intellectual brilliance, and spunk.” As Dr. Hallowell further writes, “[ADHD] is often the lifeblood of creativity and artistic talents.” He goes on to explain that “many people who don’t have ADHD are charter members of the Society of the Congenitally Boring. And who do you suppose advanced civilization? Who do you suppose comes up with new ideas today?” We must realize that “our actions are not the product of will but of understanding,” and how we come to understand that something.

In this case, we need to understand that ADHD is an asset and not a defect. Being diagnosed with ADHD is a sign that a person has incredible gifts, and when one enters the business world, this attribute of being ADHD (and often dyslexic, too) allows one to become an excellent leader in the white-collar world as countless people with the “affliction” have proven throughout time.

BRYAN MARK RIGG, Ph.D., is an author, military historian, retired Marine officer, educator, financial planner, and devoted father. He is the author of several acclaimed books on World War II history, including Hitler’s Jewish Soldiers (2002), Rescued from the Reich (2004), Lives of Hitler’s Jewish Soldier (2009), The Rabbi Saved by Hitler’s Soldiers (2016) and Flamethrower (2020). His latest book is “Conquering Learning Disabilities at Any Age,” and will officially publish Tuesday, April 26, 2022.