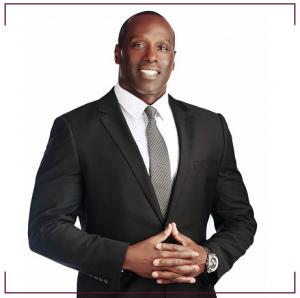 Filled with incisive articles and insights into the hottest topics in the world of luxury, lifestyle, and wellness, HVV is a minority-owned publication introducing the globe to the best it has to offer and doing so with verve and panache.

Enjoyed by such luminaries from the worlds of Hollywood and fashion as Sex and the City’s Jason Lewis, pioneering African American supermodel Beverly Johnson, and this month’s featured interview, Supercar maker Horacio Pagani, HVV is an inclusive, cinematographic experience that combines jet-set living with an artistic aesthetic as well as a refreshingly inclusive view of the world.

This issue introduces us to the rarefied world of supercars and high-end automobiles, and the creator of many of those masterpieces, Horacio Pagani. His visions wrought in steel, carbon fiber, and leather are truly the material of dreams. He shares with HVV how his life experiences shaped his approach to his career and the automobiles he creates.

Pagani’s love for automotive engineering is not only evident in his work, but in his incorporation of various elements and influences in his design, drawing inspiration from such varied works as those of Leonardo Da Vinci and Mercedes-Benz. Pagani’s concept of the automobile as art extends to the eponymous museum featuring cars from such hallowed names as Lamborghini and Porsche but also models from Toyota. The Pagani Museum demonstrates a deep appreciation for the engineering, history, and pedigree of some of the world’s most storied cars. In his exclusive interview with Hills Views & Valleys, Pagani provides invaluable insight into what makes someone a legend and how to navigate the paths of success.

We also explore California winemakers looking abroad for inspiration as well as an interlude with a “dynamic design duo” infusing aesthetics with meaning. This issue also features a guide to West African cuisine, what you need to know about fine Scotch whisky and the art of bespoke clothing with Desmond Merrion. In the realm of luxury and leisure, we discuss fractional jet ownership, the Shanghai Bvlgari Hotel, the illustrious Baccarat hotel in New York City, and everything about SHA Wellness Clinics.