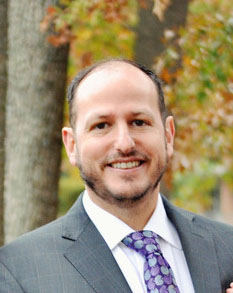 WOODMERE, NY, USA, October 15, 2021 /EINPresswire.com/ — Geoffrey Girnun is a research scientist who has contributed a great deal to the fields of cancer and metabolism. He attended the University of Iowa College of Medicine for graduate school, ultimately earning an MS and a PhD in biochemistry and molecular biology. His graduate research discovered a novel way in which fish oils were protective to our blood vessels via a recently identified transcription factor. After graduate school, Girnun was a postdoc at Harvard Medical School and the Dana-Farber Cancer Institute. He started his own independent research lab at the University of Maryland where his innovative research focused on the emerging field of metabolism and cancer. He then became a tenured faculty member at Stony Brook University where he expanded his research until 2019.

Geoffrey Girnun has conducted and published fundamental discoveries in cancer, metabolism and metabolic disease and links between them. His research group was the first to directly demonstrate that metformin, a drug most well-known for its role in diabetes, is protective against liver cancer. Liver tumors were initiated in mice and then mice were administered either metformin or a control placebo. The mice taking metformin had significantly fewer and smaller tumors when compared to the ones in the control group. Researchers in Girnun’s group showed that metformin inhibited lipid synthesis in the livers of mice. Increased lipid synthesis is associated with increased tumor growth. Therefore, Girnun’s research suggests part of the mechanism responsible for the effect of metformin and as well as the use of metformin to prevent liver cancer in those at risk. Indeed, other studies show that patients taking metformin for diabetes have reduced incidence and mortality due to liver cancer.

Geoffrey Girnun’s research has not only been cutting edge and revolutionary but also highly relevant towards treating disease. As a result, Mr. Girnun has provided biomedical expertise to private and public organizations and consulted for small biotech and to large pharmaceutical companies.

When he is not working, Geoff Girnun enjoys spending time with his family and friends. He also enjoys hiking, canoeing, jogging, and reading. He enjoys non-fiction, historical fiction, and fictional thrillers. Beyond the biomedical sciences, Geoffrey Girnun is a lifelong learner, enjoying the study of quantum/unified field theory, Biblical and Talmudic texts, and personal development. He enjoys imparting his knowledge to help people understand and appreciate science and grow in who they are.