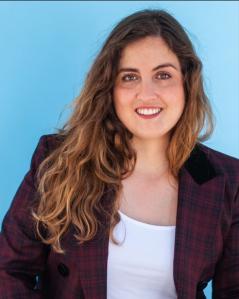 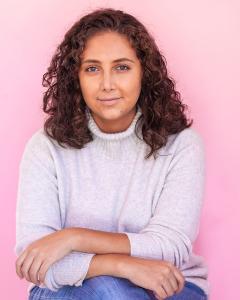 LOS ANGELES, CALIFORNIA, UNITED STATES, September 27, 2022 /EINPresswire.com/ — Los Angeles film production company Coquita Films today announced it will be in Natick, Massachusetts in October and November to scout locations for its feature film, find local residents to appear in the movie and meet with potential investors about participating in the project.

The film, “Here She Comes,” is the story about a strained relationship between a mother and a daughter who have each dealt with loss in their own way, and now have to talk to and listen to each other in order to get out of a very delicate situation unscathed.

Coquita Films is a Spanish, Mexican and American film production company that tells stories with a unique point of view, said Marta Perez-Coca, director, writer and producer of “Here She Comes” and a co-founder of the film production company. Perez-Coca said the film’s plot is surreal and “and the genre is definitely dark comedy because sometimes we have to laugh in order not to cry or panic.”

Perez-Coca will be joined in Natick by her Coquita Films co-founder, Michelle Montemayor, an actress and the film’s executive producer.

Filming for “Here She Comes” will take place in the summer of 2023.

“Since Natick is a small, family-oriented town, we want to invite anyone in Natick, the greater Boston area or in the U.S. in general to reach out and see how they can become a part of this beautiful project.” Perez-Coca said. “We are looking for people to help us in any way they can to make this project a reality. Investors of all backgrounds and interests are welcome to reach out to us. Also, we want to feature local products and businesses and we are open to product placement deals. We want people to enjoy the beautiful process of making a movie or even being in the movie itself.”

Perez-Coca said, while the film is humorous and bittersweet, a topic she wants to address in the movie is how toxic some family patterns can be. “I believe it is very easy to drag these patterns from generation to generation without even noticing. In the case of ‘Here She Comes,’ the main theme is respect and acceptance between family members, things that are very often taken for granted.”

“Here She Comes” is a movie for any daughter or mother, or basically any woman, Perez-Coca said. “I hope they can feel connected to my characters and feel reflected in them, and also have fun in their surreal, dark and funny situations. I want to show them that a relationship with a mother can be hard, difficult, but also fun and amazing.”

Casting for local actors and extras will be announced soon by Coquita Films. “Here She Comes” will have cast members and crew from Spain, Mexico and the United States.

About Coquita Films
We are a production company in pursuit of unique points of view, and everybody has a story to tell. Tinges of dark humor or drama could open one up when least expected, making movies something close to magical. Being a Spanish, American and Mexican enterprise based in Los Angeles, we also look forward to working with anyone with a distinct cultural point of view. There is nothing that we, an actress and a filmmaker, want more than to tell stories alongside you.