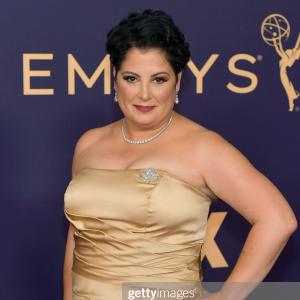 “Consequences” tells the story of a young, Black attorney who leaves his practice law behind after defending a DWI client who, post trial, once again drives impaired and kills an innocent woman. The main character’s escape from the enormous guilt he harbors gets complicated when the mother of a teen in serious trouble seeks his much-needed legal help.

Expected to run under 30 minutes, the 28-page short film screenplay has already won awards with honors such as Best Script Short at the Accord Cine Fest. The story explores themes of guilt, father/son relationships and ultimately how redemption can be far from easy when the consequences are significant.

The deal was closed on Monday, September 27th. Experienced on both sides of the camera, Lauzon has spent years in Hollywood building her foundation as an actress and now resides in the Triangle region of North Carolina. She is active in acting, directing, executive producing, and casting films and has recently opened the Durham School of Acting in Durham, NC. Lauzon directed her first short film, “One-Leg” in 2019 and recently directed the music video “Power,” featuring Jessenia as well directing a Romantic Comedy Film written by North Carolina Native, Rebecca Hirsh. Paula has been hired to direct Jessenia’s next music video, ‘Dinner Table’ will which drop by Q42021.

A member of the Television Academy, Lauzon has served as a judge for the Annual Daytime Emmy Awards, Burbank International Film Festival, Hollywood Horrorfest, the Raleigh Film and Art Festival and the Experimental Film Festival, which is held in NC.

“While we’re still in this pandemic, my Core Team and I have been active in advancing projects”, Lauzon says. “We are actively seeking capital funding for our projects to ensure that the North Carolina communities reap the benefits of film production. Film companies receive state incentives to attract them to the state; we’re already anchored here doing that.”, says Lauzon. She also mentions, “We’re investing in ourselves and our community. We’re vested in creating job opportunities for our Community, which is key and paramount, especially given the times that we’re in. This state has a HIGHLY skilled film workforce which I’m completely impressed with. The infrastructure here is strong, along with the quality and variety of locations for filming.” Lauzon also notes, “while we do not yet qualify for the 25% rebate offered through the bi-partisan approved North Carolina Film and Entertainment Grant, we are confident that we will make our mark in the Filming Industry here, in every way possible.”

Higgins lives in eastern North Carolina and has written numerous screenplays across a wide variety of genres. “Consequences” is his second screenplay to go into production. He has been a writer and editor for years having worked for several publishing and media companies.

You can find out more about HarLau Productions at and www.HarLauProductions.com and www.PaulaLauzon.com.