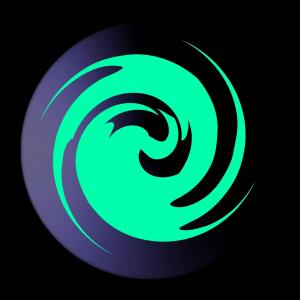 The Web3 Woodstock Initiative is a Web3 collective that drives positive world impact by removing the barriers to creative freedom. The collective brings the Woodstock spirit to the forefront through artistic and commercial collaboration. Efforts include zero-carbon white-label NFT custodial and non-custodial marketplaces, metaverse extended reality (XR), physical and virtual gallery showings and exhibits, and curated XR and in-person events. Individualized value, personal control, and creative freedom are the collective’s foundation with the genesis block rooted within the spirit of Woodstock.

Elliott Landy, Woodstock native and official Woodstock Festival photographer will inaugurate the collective this June by launching his new creative platform and metaverse space. Best known for his iconic rock photography, Elliott has had a unique and personal vantage point to culture and world changing events that continue to this day.

In Elliott’s words “Woodstock is a way of thinking, a way of being-kindness, consideration, sharing and enjoying; life as it should be and would be if we lived that way”.

The Web3 Woodstock Initiative, produced by Exciton Multiverse (powered by Oracle), is a Web3 collective open for participation to those who wants to make a positive influence in the spirit of Woodstock. For more information contact Mark Wayne at PR@exciverse.com and https://twitter.com/exciverse

About Elliott Landy
Best known for his classic “rock” photographs, Elliott Landy was one of the first music photographers to be recognized as an “artist”. He was the official photographer of the 1969 Woodstock Festival. His celebrated works include portraits of Bob Dylan (Nashville Skyline), The Band (Music From Big Pink and The Band album), Janis Joplin, Van Morrison (Moondance), Jimi Hendrix, Jim Morrison, etc.

Since 1967, Elliott’s work has been exhibited in galleries and museums worldwide and published on covers of major US and international magazines and newspapers including the New York Times, Life, Rolling Stone, and the Saturday Evening Post. He has published 11 books of his photographs including, The Band Photographs, 1968-1969, which was the highest funded photographic book in Kickstarter history at that time. He is also the architect of a new App, LandyVision® which blends still and moving imagery with music to create a new type of interactive sound and visual experience.

A native of New York, Landy was born in 1942. He graduated from the Bronx High School of Science and earned his degree from Baruch College. Represented worldwide by Magnum Photos, Getty, and several additional photo agencies, Landy lives in Woodstock with his wife, Lynda. (https://elliottlandy.com/)