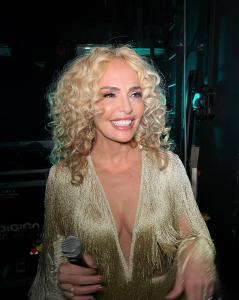 Ishtar is a French-Israeli vocalist who performs in Arabic, Hebrew, Bulgarian, French, Spanish, Russian and English. She is best known for her work as the front vocalist of the French-based band Alabina, and her solo pop hits such as C’est la vie, Last K 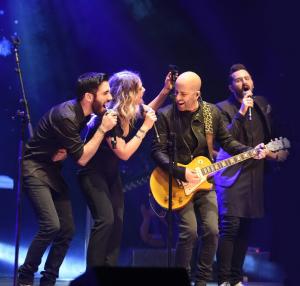 The International Dance Festival is happening again, for the fifth time.

After two challenging and difficult years for everyone and for the world of culture in particular, Ashdodance brings thousands of dance lovers to the city and places it on the cultural map of Israel”
— Dr. Yechiel Lasri, Mayor of Ashdod

TEL AVIV, TEL AVIV, ISRAEL, June 22, 2022 /EINPresswire.com/ — The festival that will make Ashdod (and all of Israel) dance all day, is approaching with huge strides. On July 11-14, Ashdod will proudly hold for the fifth time the International Dance Festival, the Ashdodance, which is all musical and dynamic celebrations of songs, cultures and especially dances. What’s about to be at the festival? From dance performances, performed by ensembles from Israel and around the world, through musical performances that include the best Israeli artists from a variety of genres that will perform live to the sounds of which thousands of dancers will dance in various halls and locations in the city, various and original tribute performances, and of course combined performances.
The festival will open with the festive show “Days of Summer”, starring Elai Botner and “The Foreign Children” – one of the most beloved and appreciated ensembles in Israel over the past 15 years. In their show, they will host Ninet Tayeb, Nasreen Kadri and Raviv Kanner on stage. You can already wait for a show that is nothing less than a colorful, young Israeli celebration of rhythm. The hits throughout the show will be accompanied by about 2,000 dancers from Israeli companies in original choreographies created especially for the show by artistic director Avi Levy. In addition to the opening show, 17 different performances are planned at several points throughout the city.
Among the upcoming performances, the show “LET’S JUMP” will take place. A bouncing hip-hop show with none other than Genesis, the famous band which is highly rewarded in Israel and worldwide. Prepare yourself well since you’ll probably not be able to stop moving. The show “Let’s make us a holiday”, which will also be included in the festival, is a tribute show of dance to the sounds of the songs and memory of Yigal Bashan, combined with 14 dance ensembles from around the country, which will provide for the first time an original interpretation by dance steps to Bashan’s greatest hits.
As well as taverns are going to take part at the festival. The romantic French tavern, an evening lead by Yossi Azoulay with a scent of romance around the tables, the classic Greek tavern that is all a Mediterranean celebration originally produced for the festivities around tables with Boaz Tabib, and the Moroccan tavern of Haim Uliel, Sami Lazmi and other guests that will bounce and delight us all.
From the tavern to the “Haflamenca”. The exciting, unique, first-of-its-kind show “Haflamenca – Egyptian Flamenco” was created especially for the festival and is based on the great piece of the international diva Um Kulthum – “Intha Omri” and combines sensual rhythms of flamenco with a Latin flair. The Latin aroma will continue with us in the “Latin Party” show, a dance and music show by the Basma band, combined with the greatest hits from Latin America.
In addition, during the festival, open events to the general public will take place. A variety of open dances, a performance by the veteran companies and a tribute to the songs of Tirza Attar, a lecture by Rafi Alkoby – “A trip to Morocco from my eyes” and the show “Israeli Experience” that combines, among other things, various works from the worlds of Israeli visual art that will be transformed into original choreography pieces.

Just like the high energy that had opened the festival, it will be closed with an equally high energy in the closing show “Dialna”. This is a huge tribute show to the culture of Maghreb Jewry (North Africa), together with The Israeli Andalusian Orchestra, Ashdod and in combination with 25 Israeli dance companies, together with about 2,000 dancers. The spectacular show will be accompanied by special performances by the best artists. Ishtar, Linett, Yossi Azoulay, David D’or, Sapir Saban, Sami Lazmi, Haim Uliel, Gusto and the Azimut band, all will perform timeless classics from Maghreb culture, in special versions created especially for the festival.

Dr. Yechiel Lasri, Mayor of Ashdod: “After two challenging and difficult years for everyone and for the world of culture in particular, Ashdodance brings thousands of dance lovers to the city and places it on the cultural map of Israel, we are happy for the fifth time to hold the festival that has become a holiday in the middle of summer in Ashdod”.
Avi Levy, Artistic Director: “The works and choreographies created for the four days of the festival are the result of a unique artistic work, for magical performances full of movement and sounds from around the world. We are excited for your arrival and invite you to enjoy for the fifth time dozens of music and dance performances”.
Yossi Attar, producer of the festival: “The Ashdodance Festival has become a tradition in our city, this year we are expanding the festival to content worlds of different works from the worlds of Israeli visual art to create original and innovative pieces, with the world of dance leading and integrating wonderfully into them”.

For more details and registration for events: https://ashdodance.co.il/