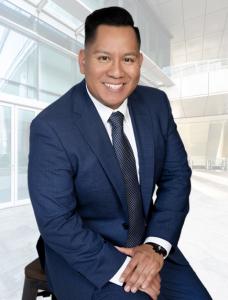 Oscar A. Ischiu, Attorney at Law

To have refugee status, the petitioner must show persecution or fear of persecution due to their race, religion, nationality, membership in a particular social group, or political opinion.”
— California Immigration Attorney Oscar A. Ischiu

WEST COVINA, CALIFORNIA, UNITED STATES, May 16, 2022 /EINPresswire.com/ — The 9th U.S. Circuit Court of Appeals recently rolled back a decision made by the Immigration Appeals Court which denied a green card to an asylum seeker for failing to prove he was gay or in any real threat to return to his home country of Nigeria. The case is Peter Donatus Udo v. Merrick B. Garland, Attorney General (No. 20-70078).

The published opinion of Circuit Judge M. Margaret McKeown explains the background of the case that led it to the Ninth Circuit. Peter Donatus Udo told an immigration judge that he would be tortured or killed in his home country because his sexual orientation was revealed. He had received an ex-communication notice from the “Council of Traditional Rulers” of Mr. Udo’s Nigerian community stating he was subject to execution for being gay. He also presented affidavits from relatives “describing in detail the attacks Udo suffered, his escape from Nigeria, and the threats Udo and his family members received.”

However, as Circuit Judge McKeown details, the immigration judge concluded that his case was a frivolous application because he misrepresented the hotel name where his sexual orientation was initially exposed in Nigeria. The judge found that he was “unresponsive and inconsistent in his testimony.” If an application is deemed frivolous, that usually shuts down permanently all pathways for that individual to immigrate to the United States.
California-based immigration attorney Oscar Ischiu, who was not involved in the case, explains the requirements for asylum. To prove a case for asylum, he says, there must be a showing that the petitioner has refugee status. “To have refugee status,” Ischiu says, “there must be a showing that the petitioner is seeking protection because they have suffered persecution or fear that they will suffer persecution due to their race, religion, nationality, membership in a particular social group, or political opinion.”

The effect of a grant of asylum, according to attorney Ischiu, is that one has what is called “asylee status.” This status, he says, allows the individual to apply for a Green Card, also known as a Permanent Resident Card, one year after receiving a grant of asylum. “However,” cautions Ischiu, “asylum can be revoked if the person is no longer a ‘refugee,’ assists or incites in the persecution of any person based on their race, religion, nationality, political opinion or social group, or is a danger to the United States due to being convicted of a serious crime.”

If the application is not approved, it is referred to the Executive Office for Immigration Review. At this stage, the immigration judge conducts a de novo hearing of the case, independent of what the United States Citizenship and Immigration Services originally concluded.

Mr. Udo appealed his immigration case to the 9th Circuit Court of Appeals; however, he did not challenge the agency’s credibility in determining his case nor the denial of asylum relief. Instead, he argued that the agency “erred by failing to consider potentially dispositive evidence concerning his [convention against torture] claim,” therefore violating his due process rights under the Fifth and Fourteenth Amendments of the United States Constitution.

The Court of Appeals granted in part and denied in part Mr. Udo’s petition. They remanded the case back to the Immigration Board for the denial of protection under the Convention Against Torture, and for determining the case was frivolous. The appeals court found that the misrepresentation of the hotel name where Mr. Udo’s relationship was discovered was not a “material element” of his claim and was “at best ancillary to the elements Udo needed to prove to succeed in his asylum claim.”

The United States ratified the Convention Against Torture (CAT) in November 1994, ten years after it was adopted by the General Assembly of the United Nations, thereby binding the United States to protect individuals from suffering at the hands of their home country. CAT defines torture in Article One as “any act by which severe pain or suffering, whether physical or mental… punishing him for an act he… has committed or is suspected of having committed, or intimidating or coercing him… for any reason based on discrimination of any kind…”

Additionally, Article Three of the CAT mandates that “No State Party shall expel, return or extradite a person to another State where there are substantial grounds for believing that he would be in danger of being subjected to torture.” A State must take into account “the existence in the State concerned of a consistent pattern of gross, flagrant or mass violations of human rights.”

In 2014, Nigeria passed a law that criminalized same-sex marriage and relationships. There are currently 69 countries in the world that outlaw and/or criminalize homosexuality, half of which are on the African continent, according to a BBC report in May of last year. Nigeria is one of the few countries on that list that has tightened its laws against homosexuality over the last few years.

Conversely, in a landmark decision in 2015, Obergefell v. Hodges, the Supreme Court ruled that under the Fourteenth Amendment of the U.S. Constitution, a state is required “to recognize a marriage between two people of the same sex.” Some court watchers in America fear this decision might be revisited and reversed by the more socially conservative makeup of the current Supreme Court. Regardless, Ischiu reminds us that the requirements for asylum are based on past persecution or the risk of persecution in the applicant’s home country. Ischiu points out that several courts have already held that LGBT asylum applicants belong to a “particular social group” qualifying them to seek asylum in the United States.