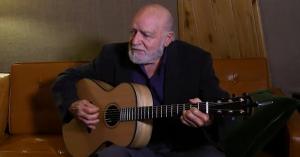 NASHVILLE, TN, USA, June 2, 2022 /EINPresswire.com/ — Award-winning Nashville songwriter and performing artist, Hal Bynum, passed away peacefully at age 87 after a prolonged battle with Alzheimer’s and final stroke. He was preceded in death by his beloved sister, Mary Jo Bynum Colegrove and his parents, Maggie Virginia Compton Bynum and Thomas Logan Bynum originally from Texas. He is survived by his wife of 29 years, Rebecca Jan Bynum; his sons, Scott Thomas Bynum of Farmington, New Mexico; Christopher Bynum and his wife Elizabeth Stoel and their two daughters Sophie Mae and Stella Rose Bynum of Brooklyn, New York; and his nieces, Deborah Pecorelli of Sandy, Utah, and Dorenda Morse of Albuquerque, New Mexico.

Hal was born in Ralls Texas in 1934 and began writing songs as a young man. He attended Texas Tech in Lubbock, served in the Navy aboard the USS Antietam aircraft carrier and was honorably discharged in 1959. His first recorded song, “I’m Hot to Trot,” was cut in 1953 by Terry Fell and by the early sixties, Hal had had songs cut by several top recording artists, including George Jones and Wynn Stewart. He moved to Nashville in 1968 and had a posthumous hit by Jim Reeves (Nobody’s Fool). He wrote for Charley Pride and later for Mary John Wilkins’ publishing company. During this time, he had songs recorded by Ernest Tubb, Johnny Cash, Bill Monroe, Waylon Jennings, Jeanne Pruitt, Ralph Stanley, Little Jimmy Dickens and many others.

Hal’s big break came in 1977 when Kenny Rogers recorded “Lucille,” a song Hal had begun writing while in the Navy and re-worked with Roger Bowling. “Lucille” earned both CMA and ACM song of the year awards. This was quickly followed by “There Ain’t No Good Chain Gang,” a duet by Johnny Cash and Waylon Jennings (co-written with Dave Kirby) which was also covered by Merle Haggard. Hal had another number one hit in 1990, with “Chains,” co-written with Bud Reneau and recorded by Patty Loveless.

In the late 1990s, Hal began a second career as a spoken-word recording artist after recording an album produced by Jim Ed Norman on Warner Bros. Records entitled, If I Could Do Anything (1998). He followed that with two more albums on his own label, The Promise (2002) and An American Prayer (2004).

Of all his accomplishments, Hal was most proud of having performed on the Grand Ole Opry for several years, a dream he had had since childhood. Hal was a writer, first and foremost, who gave his life to country music and in the process, touched the lives of many people throughout the world. He was a deeply spiritual man who was dedicated to the Urantia Book and its teachings. He was truly a man who loved God. The family will gather at his home in Nashville to celebrate his life at a later date TBD. In lieu of flowers, please send donations to the Urantia Fellowship in his name. https://urantiabook.org/memorial-donations