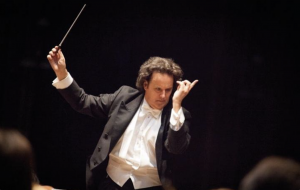 The Coral Gables Museum supports the Ukrainian people in its fight for freedom by celebrating their vastly rich cultural traditions, in painting, dance, and now music.”
— Executive Director Elvis Fuentes

CORAL GABLES, FL, UNITED STATES, June 14, 2022 /EINPresswire.com/ — The Coral Gables Museum is proud to announce a special performance presentation, Ukraine: Music in Wartime – A Journey through Film and Music with Hobart Earle, which will take place at the Coral Gables Museum on Sunday, August 21st, at 5 PM. This event comes on the heels of the successful opening of the exhibition, Painting in Excess: Kyiv’s Art Revival, 1985-1993, featuring Ukrainian avant-garde art from the time of its independence from the Soviet Union in 1991.

Hobart Earle is the Music Director and Principal Conductor of the world-renowned Odesa Philharmonic Orchestra, in Odesa, Ukraine. Earle has elevated the orchestra to a position of international prominence, performing in the most prestigious concert halls the world over.

Due to the current war in Ukraine, many members of the orchestra are currently displaced or fighting the Russian invasion of their country. Earle will pay homage to these heroes by presenting a series of top-quality video recordings of the Odesa Philharmonic Orchestra, featuring various musical compositions by Ukrainian and international composers, such as George Gershwin, Giuseppe Verdi, Archibald Joyce, Vevhen Adamstevych, Valentyn Silvestrov, Alemdar Karamanov, Krzysztof Penderecki, and Mykola Lysenkoikjki.
“This will be a rather emotional event since it takes place while Russia continues its attack on Ukraine, just days before its independence on August 24th,” said Hobart Earle. A Q&A with Earle will follow the presentation.

This special presentation is part of a Music Concert Series curated by Giselle Brodsky, from the Miami International Piano Festival, for the Coral Gables Museum, and sponsored by Allen and June Morris, and the Allen Morris Charitable Foundation. Two more concerts featuring Ukrainian music will take place in the Fall.

SPONSORSHIP:
This program is made possible thanks to the generous support of Allen & June Morris and the Allen Morris Charitable Foundation.

About the exhibition
Painting in Excess: Kyiv’s Art Revival, 1985-1993. Organized by Olena Martynyuk, PhD, Rutgers University, Guest Research Curator, with assistance from Julia Tulovsky, PhD, Curator of Russian and Soviet Nonconformist Art at the Zimmerli Art Museum. The exhibition was made possible by the Avenir Foundation Endowment Fund and the Dodge Charitable Trust–Nancy Ruyle Dodge, Trustee, with the assistance of the Abramovych Foundation and Tymofieiev Foundation and with the additional support by the Ukrainian Institute in Kyiv. Its presentation at the Coral Gables Museum is sponsored by a generous grant from The John S. and James L. Knight Foundation with additional support from Allen & June Morris, Thesis Hotel Miami, Ed Patricoff, and Carol & Vincent Damian.

About the Coral Gables Museum:
The Coral Gables Museum fosters an appreciation for the Civic Arts in Coral Gables. It explores and celebrates the history, vision, urban and environmental design, and cultural landscape of the City Beautiful within a broad audience that goes from children, families, and community members to national and international visitors. The museum optimizes its mission by cultivating effective partnerships, and providing programming that includes exhibitions, educational programs, lectures, tours, publications and special events.