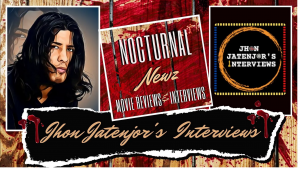 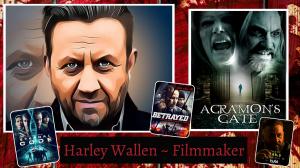 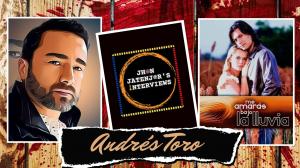 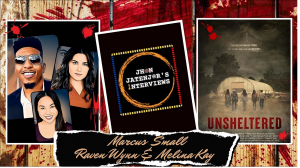 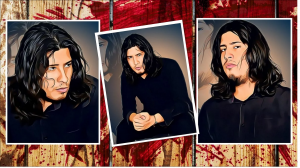 LOS ANGELES, CA, USA, March 28, 2022 /EINPresswire.com/ — There are thousands of unknown talents in the world, writing, directing, filming and acting; waiting to be discovered. That’s where YouTuber and content creator, Jhon Jatenjor comes in! He uses his passion for the “seventh art” by unearthing the new and up-coming filmmakers, actors and other hidden gems, bringing awareness to their talents and recent work.

As a Colombian native, Jhon doesn’t let any language barriers hold him back from his interviews, as he speaks Spanish almost exclusively. The use of a translator allows him to communicate and enjoy learning and discussing aspects of film-making, while catering to both his Spanish and English speaking viewers.

His knack for finding hidden talents among the new creators of the world has earned him the nickname “Detective of the Interviews,” filling Jhon with a humble appreciation, “I don’t know why (they say that), it makes me laugh, but it is nice that they think that. I think it is because I love to deepen the careers of my interviewees, which is important for the seventh art to know about them.” Jhon Jatenjor has his own set of skills in the film industry as well, having a background in script-writing, film-making and acting while attending the University of Pamplona as a student of social communication.

Some of Jhon’s recent interviews have been with up-and-coming and newly successful, writer, actor and director, John Charles Gerald who has won several awards for his indie film Johnny. As well as filmmaker Harley Wallen who wrote and directed the mystery thriller flick, Agramon’s Gate.

He has future plans for his YouTube channel, Jhon Jatenjor’s Interviews, and current interviewing network and platform. He wants not only for his channel to be dedicated to interviewing actors, directors and other film professionals, but to also turn it into a business that can connect filmmakers with distributors so that their goals and dreams can finally be reached.

Jhon’s passion for all things from the seventh art brings a unique opportunity to those that are looking for new and up-coming indie films. By watching Jhon’s YouTube channel, you can find hidden talents you might not have come across if it weren’t for the Detective of the Interviews!