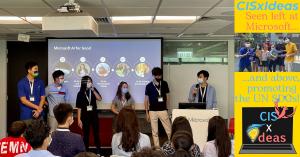 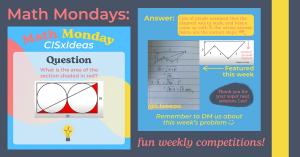 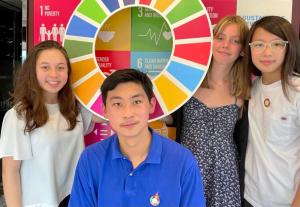 To support youth build back broader, access to quality STEM education, support for healthier classrooms and promotion of skill building for green careers are must-haves. CISxIdeas does just that!”
— Nathan Bain (KIDsforSDGs)

HONG KONG, CHINA, August 29, 2021 /EINPresswire.com/ — CISxIdeas was founded as a STEM-based, innovation-driven and teen-led organization based at Chinese International School (CIS), encouraging student coders, designers, engineers, and entrepreneurs to engage with global issues through events, like hackathons, workshops, and challenges. From its beginning in 2019, the belief that STEM should be used as a mechanism to empower communities, innovate, and democratize resources has been central to CISxIdeas. Hence, they have spearheaded initiatives that focus on addressing the United Nations Sustainable Development Goals (SDGs), such as the first student-led STEMxSDG hackathon in Asia. These endeavors were created with the hope of students around the world beginning to perceive STEM as not only a coalition of academic subjects, but rather a set of powerful tools that have the capacity to tackle the world’s biggest challenges. By making all of its events pro-bono, CISxIdeas also aims to make STEM, and opportunities for its application beyond the classroom, accessible. To accomplish such goals, CISxIdeas has worked with global leaders in social impact through STEM, such as Microsoft, KIDsforSDGs, various United Nations agencies such as UNITAR, global NGOs and local stakeholders such as Cobo Academy and Teach for Hong Kong.

CISxIdeas held their very first student-led hackathon in 2020, making it the first student-founded STEMxSDG Hackathon in Asia. The team wanted to choose an SDG that was familiar with everyone while also being a topic that was broad enough so that students could narrow down what they wanted to address. The final theme that the team landed on was environmentalism and sustainability. This led to a plethora of incredibly creative solutions that had very well thought out research backing them. These included a rubbish bin that automatically sorts trash as well as an app that encourages user to be more environmentally friendly. The beauty of hackathons is that they combine both creativity and STEM, allowing students that aren’t necessarily into technology to still get involved. This hackathon was not only able to raise awareness for SDGs but also allowed students to think outside the box and really immerse themselves within the process of creating a digital solution.

STEMxSDG Hackathon to make a COMEBACK?

Following the success of their first hackathon in 2020, CISxIdeas looks forward to hosting their second annual hackathon in November of 2021. In deciding the theme for this year’s hackathon, the CISxIdeas team discussed their goals and the ways in which they wanted to empower student agency. They unanimously decided that education was one of the leading issues of our time and as students themselves one they felt a special connection to.

This year’s hackathon hopes to engage students in finding innovative solutions to the following key issues outlined under the UN Sustainability Goal of Education: providing free, quality primary and secondary education, increasing the number of youth and adults with technical and vocational skills and eliminating inequalities in regards to access to education. During the 2021 hackathon, participants will receive support to hopefully see their final product through to fruition and make real change.

RevolutionIsing STEM beyond the STEMxSDG Hackathon

In order to expand the reach and impact of the hackathon, CISxIdeas is partnering with other schools not only in Hong Kong, but around the world, with the support of KIDsforSDGs and other strategic partners. Together, the youth involved will showcase their ideas and aspirations to UNITAR as well as World Economic Forum, World Humanitarian Forum and more global organisations, garnering support for the upcoming event in November. CISxIdeas’ ambitions are not confined to only the hackathon, though. Currently, their Instagram account hosts two weekly events dedicated to inspiring students to engage with STEM: Math Mondays and Tech Thursdays.

Every Monday, a new mathematical question is posted to Instagram, and those who DM the account with the correct answer can win points on the leaderboard. The best solution each week is featured on a slide behind the next week’s problem, so that students can learn from each others’ work. At the end of each month, whoever has the most leaderboard points is given a prize, incentivizing participation in the fun challenge. Thursdays are slightly different—for “Tech Thursdays,” either quick coding problems or recent news regarding technological innovation are posted, allowing students to learn new concepts or information while tapping through Instagram stories.

Whether it’s through the anticipated expansion of the hackathon, collaborations with other dedicated organizations, or the additional initiatives that are rapidly growing, CISxIdeas continues to further its mission of empowering students to tackle SDGs through STEM, with the aim of developing a STEMxSDG blueprint which can be scaled across more schools across Asia Pacific.