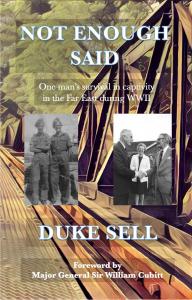 Cover of ‘Not Enough Said’ 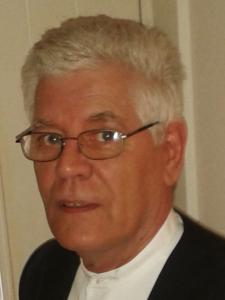 I asked my father, ‘Dad, why don’t you write a book about your experiences, the world really needs to know?’ His response was plain and simple. ‘Son, there’s been enough written but not enough said.’”
— Duke Sell

LONDON, UK, August 7, 2021 /EINPresswire.com/ — Chiselbury Publishing is pleased to announce the publication of Not Enough Said by Duke Sell.

With a foreward to Major General Sir William Cubitt, whose own father was also a prisoner of war in the Far East, this book tells the story of Colour Sergeant Johnnie Sell of the 4th Battalion Royal Norfolk Regiment. He was one of the 60,000 allied troops who were captured by the Imperial Japanese Army in February 1942 and were forced to construct a railway from Thailand to Burma for Japanese forces to supply their ill-fated campaign in Burma. The prisoners of war faced exceptional hardship from the harsh conditions, disease and from their captors. One in five of the prisoners who worked on that railway died. The book has been written by his son, Duke Sell, long after his father’s death in 1979, from memories of what he had been told and from records that he and others have researched.

Commenting on the announcement, Stuart Leasor, Chiselbury’s publisher, said, “We are delighted to have published Not Enough Said. It is an important work, written from the heart. It recounts the suffering that the author’s father, and many others, suffered at the time and for many years afterwards. It also captures the spirit of these fine young men, who gave their everything, many who did not have the luxury of reaching a peaceful old age. It is a story that should never be forgotten.”

Duke Sell added, “This is the story of my father, Johnnie Sell. I asked him on several occasions, ‘Dad, why don’t you write a book about your experiences, the world really needs to know?’ His response was plain and simple, as it often was. ‘Son, there’s been enough written but not enough said.’ On this point I disagreed with him, and am pleased that finally others can read what he and his comrades went through.”

About Duke Sell
Duke was born 1952 in East Dulwich, South-East London and educated at Thomas Carlton Secondary School. He spent a number of years living abroad, working as a promoter of entertainment and the arts, and had his own 8 page newspaper pull-out covering all aspects of entertainment. He has also put together a variety of live shows, mainly ‘An Audience With’, including with such famous sportsmen as Frank Bruno, Jackie Charlton and many more.
He met his wife Lynne 40 years ago and they have two daughters Emma and Cassandra. He lives in Maidstone, Kent.