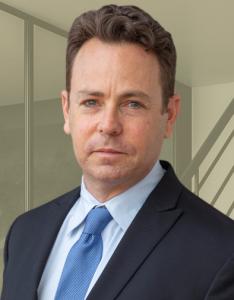 AGOURA HILLS, CALIFORNIA, UNITED STATES, June 27, 2022 /EINPresswire.com/ — Medical malpractice cases are among the most complex in the personal injury arena. They are not only challenging to prove, requiring judges or juries to weigh competing testimony from medical experts; they also tend to have more specific rules regarding damage caps and other procedural issues. Medical malpractice laws must balance the interests of the medical industry against the needs of injured plaintiffs. To that end, California law sets certain caps on the amount of damages a medical malpractice plaintiff can collect as well as restrictions on the proportion of a plaintiff’s award their attorney can retain. Recently, California enacted a new law increasing the cap for certain types of medical malpractice damages and restructuring permissible attorney fees.

First, AB 35 alters the cap on “non-economic” damages such as pain and suffering. Before AB 35, California law imposed a $250,000 cap on non-economic damages. AB 35 increased the limit, with different caps depending upon the facts of the case. If the case does not involve a wrongful death claim, the cap is now set to $350,000. The limit is set to increase with inflation; specifically, the cap will increase each year by $40,000 until it maxes out at $750,000.

For claims that do involve wrongful death, the non-economic damages cap is increased to $500,000. That limit will increase by $50,000 each year until it reaches $1 million.

Derryl S. Halpern, a California personal injury attorney at the Halpern Law Firm, explains what is meant by the term “non-economic” damages in a medical malpractice case. “Non-economic damages in a medical malpractice case are the same as any injury case,” explains Halpern. “A person injured by medical malpractice can recover as general damages their pain, suffering, disfigurement, physical impairment, emotional distress, anxiety, fear, and grief. Likewise in a wrongful death case, the heirs can recover their personal losses such as the loss of love, society, affection, and guidance that their loved one would have provided.”

Halpern goes on to explain that most recently California is experimenting with a “survivor statute” which would allow an estate to recover “general damages” for the decedent. Those damages would include the decedent’s pain and suffering caused by the negligence during the period the victim was alive, according to Halpern.

AB 35 also restructures attorney fees for medical malpractice cases. Prior law set a cap on the contingency fees an attorney could collect in a medical malpractice matter. Attorneys were allowed to collect certain percentages of the award based on the total amount collected; 40% of the first $50,000, 33% of the next $50,000, etc. Under the new law, there is a similar set of tiered limits, except they are now based on the stage of representation at which the award is recovered.

Proponents of the law tout the advancement, claiming it will bring justice to injured patients who struggled to find an attorney willing to take their cases. The previous damages cap discouraged attorneys who expected to spend years litigating complex cases that could wind up yielding little result. With the increased damages cap, patients and injury attorneys have more incentive to bring valid claims.

The terms of the new law were reached as the result of a deal between patient advocates and the healthcare industry. The legislation supplants the need for a similar ballot initiative that had already qualified for the upcoming general election in November. Governor Newsom called the legislation “a consensus that protects patients and the stability of our health care system.”