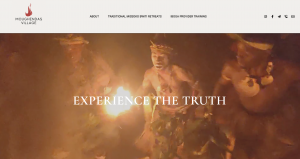 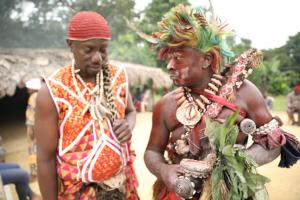 Moughenda Mikala, a 10th-generation Missoko Bwiti Shaman has launched Iboga Retreat Center with the goal of spreading Iboga’s profound healing with the world.

Indigenous to central West Africa, especially Gabon, Cameroon, and Congo, Iboga is a shrub used for ritual and ceremonial purposes. This traditional plant medicine offers both physical and mental healing capabilities and is used as a remedy for anxiety, stress, PTSD, and as a detox treatment for addiction. Bwiti is an ancient spiritual tradition that has been connected with Iboga for thousands of years. Bwiti practitioners have been using Iboga in order to promote spiritual and mental health, as well as strengthening community bonds.

As a Missoko Bwiti Shaman with over thirty years of experience, Moughenda Mikala has dedicated his life to spreading Iboga’s profound healing to today’s ailing world. Fluent in English, French, and Spanish languages, he has recently returned to Gabon after traveling around the world to provide the sacred root to thousands of people. To help others benefit from the powerful spiritual rituals like the initiation ceremony and the Bwiti Rites of Passage, Moughenda has now opened up his village to the outside world.

Through Iboga Retreat Center, Moughenda Mikala is now offering traditional Missoko Bwiti Retreats. These retreats are held for 10-14 days, and take place at Moughenda’s Village a few hours south of Libreville, Gabon. From the time that they arrive until the time they leave, guests will be completely taken care of by their new Bwiti family.

Some of the most important components of these traditional Missoko Bwiti Retreats include
Food and lodging in Bwiti village
Missoko Bwiti Rites of Passage and initiation
Participation in multiple healing ceremonies
Core Bwiti teachings
Personal healing work directly with Moughenda
Usage and practice with traditional Bwiti musical instruments
Herbal healings
Spiritual shower
Fireside Bwiti teachings
Traditionally prepared and ceremonially harvested Iboga
Transportation
Moughenda is also offering Iboga Provider Training for those who wish to work with Iboga as healers. These programs have a minimum duration of two months and teach everything the attendees need to know to work with Iboga and get the experience, practice, and confidence.

“Those who come to us in Gabon for a full initiation into the Missoko Bwiti will experience an authentic initiation into this tradition,” says Moughenda. “One that serves to help you break through into a completely uncharted new phase of your life,” said Moughenda.