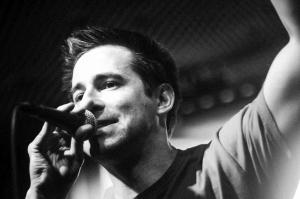 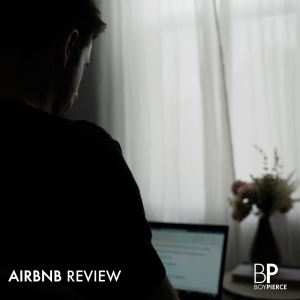 I was writing Airbnb reviews for every rental, and I wanted to create one review in musical form, for a downtown LA loft. This is the result!”
— Boy Pierce

NEW YORK, NEW YORK, UNITED STATES, June 17, 2022 /EINPresswire.com/ — Boy Pierce is at it again with an upcoming video premiere of his latest new song, “Airbnb review.” The video premieres today, June 16 at 10 am Eastern Standard Time and will be available on YouTube. The song is Boy Pierce’s musical adaptation of a review for one of his stays in a downtown Los Angeles loft.

The song was written, performed, produced, mixed, and mastered by New York rapper Boy Pierce. In 2021, Boy Pierce took a sudden last-minute 10-week trip to the western side of the United States. During this trip, the rapper stayed in seven different Airbnb locations along the way. The talented musician was working remotely for an East Coast advertising agency and was able to see the local sites and then decided to make music out of the experience. He started writing reviews for the different locations he stayed in and was inspired to write one of those reviews in song form. The song lyrics are written as a review with creative rhyming such as, “Natural light and it captures the brightness, heightened rooftop the nicest.” The cinematic music video was directed, shot, and edited by Louise Lau from Offstage Tunes, who has also worked with other amazing artists.

Boy Pierce has a talent for creating lyrics from quite technically anything. In the earlier part of the year he made 40 videos in which he rapped to a random word generator. He is an incredibly gifted artist and has a unique way of making exceptional music. He recently created a mash-up of the well-known Hamilton musical “Alexander Hamilton” and “The Simpsons,” which went viral on TikTok. “Airbnb Review” is the first single released from his upcoming album “Out of Office,” which is set to premiere on July 22 of this year.

Boy Pierce’s purpose with his music is to spread positivity, inspiration, and humor. Listeners who have followed the rapper throughout his music career can attest to how great of a performer he is during his live shows. Now living in New York City, he has been able to garner the attention of the audience by displaying his talent right in front of them. People enjoy his shows and become fans of the rapper, not only for his talent but for the energy that he brings to them. His message for everyone is to keep going, make time for their passion regardless of their day job, and go beyond self-imposed or peer-imposed assumptions about themselves.

To watch the music video premiere for “Airbnb Review,” follow this link. To learn more about Boy Pierce visit his website at boypierce.com.