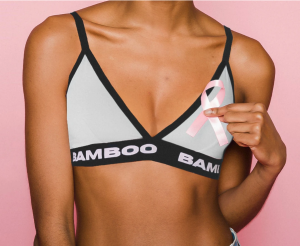 QUEBEC, CANADA, September 29, 2021 /EINPresswire.com/ — Bamboo Underwear – the company selling women’s and men’s underwear made of viscose from bamboo – is partnering with multiple Breast Cancer Foundations to create an awareness and fundraising campaign that will run all October long.

The campaign will include a free pink thong for every donation to the selected Breast Cancer Foundations. The company will also donate $0.25 on behalf of everyone who wants to give without making a donation. This initiative will allow those who want to support the cause, but don’t have the funds to do so, to still donate in a way.

To make this possible, the company partnered with certified Shopify apps that donate money to charities directly.

“We are so excited to have partnered with Breast Cancer Foundations to create a campaign that will raise awareness and funds for a cause so close to so many people,” said a spokesperson for Bamboo Underwear.

“In addition to the donations, we have also created an exclusive pink thong to stimulate donations and show support. “

The campaign will run from October 1st until October 31st.

Learn more on Breast Cancer, how to donate, and ways to help here: https://www.breastcancer.org