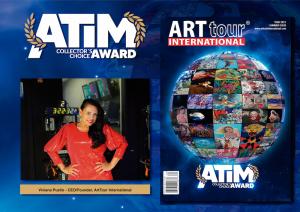 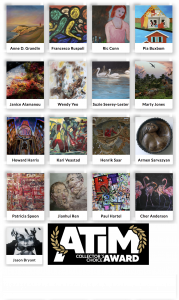 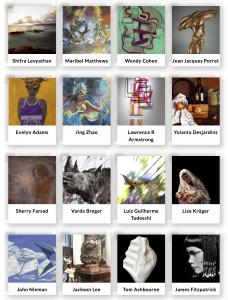 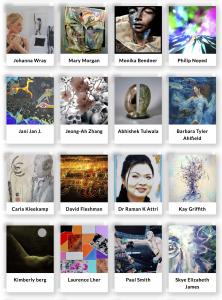 ArtTour International built a global platform to give artists recognition and the tools they need to succeed in one of the most demanding industries.

We focus on giving voice to the artists and empowering them. The best way for artists to market their works is to connect with their audience and share their message.”
— Viviana Puello – CEO, ArtTour International

NEW YORK, NY, UNITED STATES, August 1, 2021 /EINPresswire.com/ — As the art community has grown, more and more artists are banding together to recognize and acknowledge those who spend their lives creating beautiful creations that instill deeper meanings within us all. ArtTour International Magazine (ATIM) built a global platform to give artists a voice, recognition, and the tools they need to succeed in one of the most demanding industries in the world. They created ATIM Collector’s Choice Award to celebrate the brilliance of earth’s most exceptional artists, making the space to recognize the talent, dedication, and spirit that goes into the work and award those artists on a stage reaches tens of millions of viewers worldwide.

A team of high-profile academy judges carefully considers artists receiving the ATIM Collector’s Choice award to determine who takes the ultimate prize home. ATIM has made it their mission to acknowledge and award excellence in the art industry for several years, and they have never shown any signs of stopping. Founder of ArtTour International, Viviana Puello, hosted the award ceremony honoring forty-nine of the best artists operating in the art world today for their contribution to the community and their impact on their respective circles. Many high-profile personalities in the creative scene were in attendance, including Zenaida Mendez, the Director of Manhattan Neighborhood Networks (MNN) El Barrio Firehouse.

ATIM has remained active throughout the pandemic and has kept its commitment to excellence for its brand and artists. ArtTour International Magazine is a global multimedia platform that has millions of subscribers from over 180 countries. The last edition of the ATIM Collector’s Choice Award was virtually streamed from the MNN Studios in New York City to audiences via a live broadcast on Facebook, YouTube, and several other platforms.

ATIM is more than a media company or an award organizer because it is the only art magazine supporting art activists addressing social and environmental issues outside of art and awards.

And here they are, the ATIM’s Collector’s Choice Award Winning Artists 2021