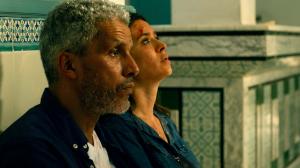 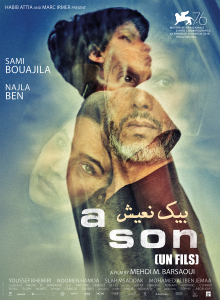 Described as “a drama that expertly captures complex human emotions within their socio-cultural, historical and political context” by Boyd van Hoeij of the Hollywood Reporter, A SON (UN FILS) is an intense family drama about 11 year old Aziz who needs a liver transplant after being seriously injured during a terrorist ambush while on holiday in 2011. At the hospital, a family secret will be revealed.

A SON (UN FILS) – winner of ten awards for Best First Feature, Best Actor and Best screenplay in various international film festivals – will start its US theatrical run on Dec. 10 at Film Forum in New York and at a Laemmle theater in LA, before getting a digital and home-video release.

“Not many debuting directors are able to bring subtlety and depth to a heart-rending subject, which is just one reason why Mehdi M. Barsaoui’s superb “A Son” deserves significant attention.” ~ Variety

” [D]azzling…. Barsaoui wisely resists handwringing and melodrama. That – along with the strong performances by Bouajila and Ben Abdallah – is what makes Barsaoui’s accomplished film so impactful and devastating.~ Gary M. Kramer, Film International

“It’s a film reminiscent of the work of Iranian master Asghar Farhadi [A Separation, The Salesman], full of twists and turns as it puts its characters in increasingly tragic situations.” ~ Cineuropa

“It is an outstanding piece of filmmaking.” ~ The Australian

“A Son is an astonishing, testing and honest film.” ~ Stuff.co.nz

ABOUT ARTMATTAN FILMS
ArtMattan Films celebrates in 2021 twenty nine years of exposing US audiences to a large variety of films about the human experience of people of color in many parts of the world. Films released by ArtMattan Films include Kirikou and the Sorceress, The Tracker, Gospel Hill, The Pirogue, White Lies, The Man Who Mends, The Citizen and Mama Africa: Miriam Makeba and more recently The Last Tree, Made in Bangladesh and Marighella. More info at www.AfricanFilm.com