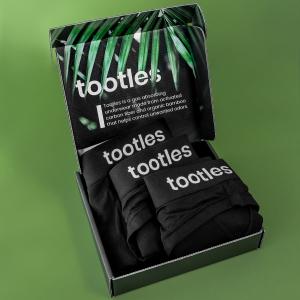 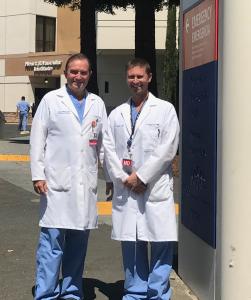 During more than two decades performing emergency surgery at Providence Santa Rosa Memorial Hospital and elective surgery in his private Napa based surgery practice, Dr. Robert White, M.D., heard one frequent primary concern from his patients. “I would ask patients as I was about to leave the exam room if they had any other questions. One of the most common responses was, ‘Yes, what can I do about this gas?’”

White, who is also co-founder with his son, Dr. Collin White, CEO of the adaptive medically minded clothing company Stitches Medical, felt an obligation to provide relief for the condition.

Stitches Medical had already developed essential, science-backed garments that meet the style, comfort and functional needs of patients recovering from or receiving treatments including chemotherapy, dialysis, diabetes, and surgery such as mastectomies.

The hi-tech, doctor developed, direct to consumer brand of Tootles underwear for men and women relies on textiles that absorb and filter odors. Tootles use the centuries old purifying concept of organic carbon products infused into activated charcoal and converted to activated carbon textiles.

The elder White says, “The military has even done research into creating textiles from carbon for use in chemical warfare.”

Of course, flatulence isn’t equivalent to warfare, but it is chemically produced and wildly embarrassing. Efforts made through dietary changes to control intestinal gas, the natural byproduct especially made foul by digesting high fiber and high protein foods, are only partially successful.

Intrigued and determined to find a solution, Dr. White began with considering the activated charcoal used around the world for high level air filtration by a process called adsorption. After testing dozens of products, the father-son pair discovered that combining activated charcoal fibers with sustainable bamboo textile, a natural, organic, anti-bacterial fabric, resulted in the removal of the foul odors of intestinal gas.

“We created Tootles underwear of the highest quality, most comfortable fabrics we could find,” says the elder White. “The result is an organic product that is highly effective in removing below-the-belt odors.”

While the science and sustainability behind Tootles is reassuring to any person purchasing apparel with the goal of achieving reliable mitigation of annoying, ongoing flatulence, the look and comfort of undergarments are of equal importance.

Tootles come in sleek boxer and brief cuts for men, and moderate, slim fit-cut panty briefs for women. The matte-black underpants with wide elastic waist band for extra comfort and to reduce panty lines are sold singly or in three-packs at a discounted price.

At the Tootles website, blog posts from the White doctor duo delve into the history behind activated charcoal that has been used for medicinal purposes since 1500 B.C. and is found in familiar products from soap to toothpaste—and now finds its place in Tootles underwear.

Expressing an active sense of humor and at the same time a respectful regard for the difficulties created by foul smelling gas, Tootles customers will discover a team of doctors who for decades and through multiple generations maintain a whole-world, real time concern for their patients’ wellbeing.

The White family has for five generations counted a doctor among its members. Presented with new concerns from patients, especially now that Tootles addresses post-procedural flatulence, it’s possible to imagine future innovations will lead to more exciting, science-backed products from Stitches Medical.