An archive of items pertaining to Sir Barton – horse racing’s first Triple Crown winner, in 1919 (less three race-worn saddle cloths, which will also be included in the sale), to be sold May 5th. 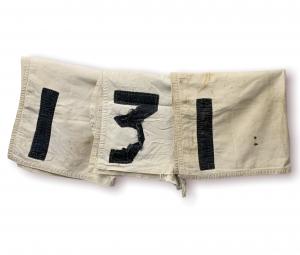 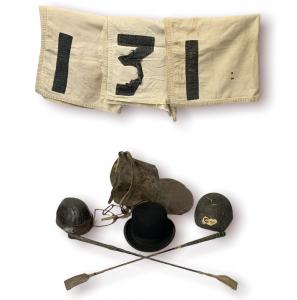 What are believed to be the saddle, three race-worn saddle cloths, jockey’s helmet and trainer’s hat from Sir Barton – horse racing’s first Triple Crown winner – will be auctioned May 5th. 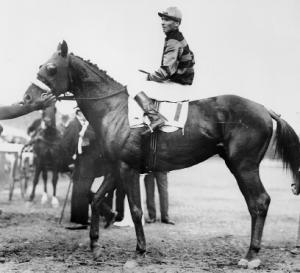 The lot includes a saddle, two race-worn saddle cloths, a jockey’s helmet and trainer’s hat that are believed to be from Sir Barton, a legendary chestnut colt.

LYNBROOK, NY, UNITED STATES, April 14, 2022 /EINPresswire.com/ — What are believed to be the saddle, three race-worn saddle cloths, jockey’s helmet and trainer’s hat from Sir Barton – horse racing’s first Triple Crown winner, from 1919 – will headline an online-only auction planned for Thursday, May 5th, by Weiss Auctions. The auction will be held two days in advance of this year’s Kentucky Derby, slated for May 7th.

“We are thrilled to offer what might be considered one of the most, if not the most, single important historic find in race horse history,” said Philip Weiss of Weiss Auctions. “This is an archive for the true race horse historian, horse owner or museum curator.” It’s the expected top lot in a massive, 500-lot auction of sports memorabilia, Disney collectibles and animation art.

The story behind the discovery of the Sir Barton archive is nearly as fascinating as the archive itself. It begins with the consignor, who wishes to remain anonymous, taking one of many trips to Florida from her home in the Ozark Mountains of Missouri. “I often stop at flea markets and antique stores anywhere I go when there’s time, looking for unique hats and sunglasses,” she said.

Nearly a decade ago, on her way back from Florida, she stopped at a few flea markets on her usual route (along Old Hwy. 63, through northwest Arkansas) and was making her way through an old store when she noticed a dusty black top hat in a corner booth. “I passed it by,” she said, “but then I picked it up and took it to the front. I was told it was part of a lot that had to be sold together.”

Upon looking in a basket comprising the lot, she saw saddle blankets, a saddle, crops and other items. “All were very old and dusty, obviously horse racing items, so I decided to buy the lot because I had ideas to have a horse racing display in my house someday,” she said. “When I got home I put them in a plastic tub with my other findings, closed it up and stacked it with the rest.”

Several years later, she began pulling the tubs out and when she got to that tub she began examining everything and envisioning a display. “I was looking at the saddle, thinking I might cut it in half to mount it on the wall when I turned over the leg saddle flap and barely noticed something there inscribed in the leather. It read, ‘Sir Barton’. I gasped. I may have screamed. I was in shock.”

She immediately started researching Sir Barton, reading and looking at the few photos there are of him online. “I couldn’t believe my eyes,” she said. “Several of my items were clearly in the photos.” Upon further examination, she discovered the initials ‘GB’ (Guy Bedwell) inside the top hat. “I also discovered the initials ‘JL’ (Johnny Loftus) in the jockey skull cap. I tell you, cried.”

Further research revealed that after Guy Bedwell passed away, his now late son and assistant trainer, Leonard Bedwell, moved to a farm in Arkansas, just off of Old Hwy 63. “It made sense to me how these items may have ended up in that old flea market down there,” she said. “I then very carefully stored and protected my newfound treasures. I knew I had something special.”

The consignor has never cleaned any of the items and for that she is grateful. “And I didn’t tell anyone about my find but a couple close friends and my brother for fear it would get stolen. I felt it needed to be seen and enjoyed by all who love horse racing and I was responsible for getting it into the right hands.” Mr. Weiss said it’s anyone’s guess how much the lot will bring at auction.

Sir Barton was a chestnut colt bred in Kentucky by John E. Madden at Hamburg Place Farm, near Lexington. His paternal grandshire was the 1893 English Triple Crown winner Isinglass, and his half-brother was 1908 juvenile champion Sir Martin. In 1918, Madden sold Sir Barton for $10,000 to J.K.L. Ross, a Canadian businessman who had committed himself to horse racing.

The following year, 1919, Sir Barton won his season debut as a maiden in the Kentucky Derby, winning the race by five lengths. The next day he was shipped to Baltimore to participate in the Preakness, where he defeated Eternal by four lengths. He then won the Withers Stakes in New York in May and then the Belmont Stakes in June, completing the first Triple Crown in history.

Sir Barton’s four wins were accomplished in a span of just 32 days, and he was retroactively honored as 1919’s Horse of the Year. Later that same year his winning streak came to an end at the Dwyer Stakes, where he faced Purchase, another highly rated three-year-old. On a muddy track, Purchase caught up to Sir Barton in the final furlong and Sir Barton finished second.

Sir Barton finished 1919 with $88,250 in total winnings, just ahead of the legendary Man o’ War. As a four-year-old, Sir Barton won five of his twelve races. His match race on October 12, 1920 against Man o’ War at Kenilworth Park in Windsor, Ontario, remains as Canada’s most remembered horse race. But Sir Barton, running on bad hoofs, lost the race by seven lengths.
.
Weiss Auctions is always accepting quality consignments for future auctions. To consign an item, estate or a collection, you may call them at (516) 594-0731; or, you can send an e-mail to Philip Weiss at Phil@WeissAuctions.com. For more information about Weiss Auctions and the big auction slated for Thursday, May 5th, visit www.WeissAuctions.com. Updates are posted often.