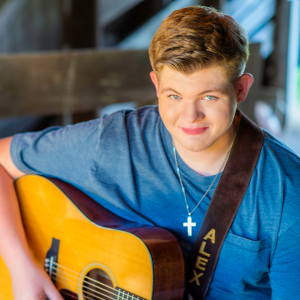 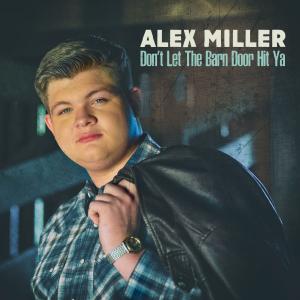 It’s just a great showcase song for Alex that gives him a chance to shine at what he does best – traditional Country – and a real reflection of the true artistry of this young, refreshing talent.”
— Jerry Salley, Billy Jam Records

NASHVILLE, TENNESSEE, UNITED STATES, October 3, 2021 /EINPresswire.com/ — American Idol alum Alex Miller makes his Billy Jam Records debut with “Don’t Let The Barn Door Hit Ya,” a fast-paced Western Swing tune that tastemaker Duncan Warwick of Country Music People calls “a guaranteed good time.” The track will spin on over 650 jukeboxes at popular restaurant chain Texas Roadhouse as Miller is chosen as the brand’s October Artist of the Month. Fans can purchase the single now, and radio can access the track via AirPlay Direct.

Ringing steel guitar kicks off what Miller calls a “hoppin’ little number that gets up and goes,” and a slap bass sets the pace for Nashville’s A-Team players to meet the challenge. The lyrics are as sassy as you’d presume and leave little to the imagination. The song, penned by hitmakers Bill Whyte, Paul Bogart and Dan Wilson, is a tale of country vs city and a love it or leave it mentality.

“It’s just a great showcase song for Alex,” observes Salley. “It gives him a chance to shine at what he does best – traditional Country – and it is a real reflection of the true artistry this young, refreshing talent brings to the table. We are thrilled to have Alex at Billy Jam.”

ABOUT ALEX
Launched to global audiences during American Idol Season 19, this Kentucky-born singer/songwriter is a bonafide torch-carrying champion of traditional Country music. He’s been performing professionally since the age of seven – and his arresting voice and traditional approach to song brought him noteworthy success as an independent artist. He steadily progressed from shows in and around his hometown of Lancaster, Kentucky to larger markets and venues, including the Dolby Theatre, Lucas Oil Stadium, WoodSongs, Renfro Valley, and more. Since his departure from Idol, Alex has made a no-holds-barred run at the big time. He’s already taken the stage at the historic Ryman Auditorium, performed at multiple high-profile State Fairs, (Kentucky, New York, Wisconsin, Washington), and opened for Hank Williams, Jr., Josh Turner, Lee Brice, Rhonda Vincent and Shenandoah this summer. Alex has been named Texas Roadhouse Artist of the Month (October 2021) and is set to sing a duet with Opry member Rhonda Vincent for an upcoming Lee Greenwood Tribute concert. In September, Miller signed with Billy Jam Records and his first album, produced by noted Nashville songwriter and respected industry veteran Jerry Salley, is due for release in early 2022. The project’s first single, “Don’t Let The Barn Door Hit Ya,” is a classic Western Swing tune that hits Country radio today.

About Billy Jam Records
Billy Jam Records is a Nashville-based boutique Americana/Roots Music label. It was founded in 2018 by Jerry Salley, Ed Leonard, and Dottie Leonard Miller and is distributed to retail by the Orchard (Sony). Currently their roster includes Country singer/songwriter and American Idol alum, Alex Miller.