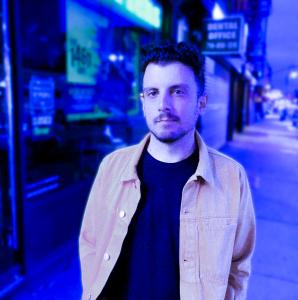 I was compelled to try something different sonically for this film, working closely with Chad [Herschberger, the film’s director] to create a score that draws the audience in to the action.”
— Frank Cogliano

BROOKLYN, NEW YORK, UNITED STATES, October 2, 2021 /EINPresswire.com/ — Brooklyn, New York based producer and multi-instrumentalist Frank Cogliano has composed the score for the upcoming documentary “Artificial Gamer”. He has recently been busy, composing the score for “Black Love” (the most-viewed unscripted series in the history of the Oprah Winfrey Network). He has also lent his heavy rock guitar and guitar-viol to the score of the recent Mortal Kombat film on HBO Max. This time is slightly different, putting together a score that relies heavily on analog synths and twisted samples to create a propulsive atmosphere of suspense and excitement. OpenAI is an artificial intelligence company founded by Elon Musk. Four years ago, the team began a project to train AI bots to play the strategy game Dota, developed by the Valve Corporation. Frank Cogliano provides the underscore as the film follows the twists and turns of the plot and the thrilling competition unfolds.