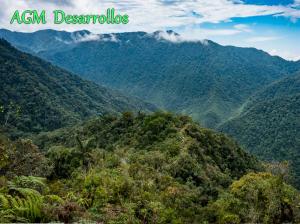 Lighting our streets and homes consumes almost one quarter of the world’s energy output. Reducing consumption while increasing reach begins with efficiency.

In the battle for environmental conservation, automobile’s and factory agriculture are at the forefront of the conversation. However, some are surprised to find that lighting consumes a full 20% of the world’s energy output, as well as releasing a significant amount of CO2. Improving efficiency in urban lighting is vital to improving the the environmental impact on the earth.

AGM Desarrollos is in the process of the modernization of urban lighting in Colombia. Traditional sodium lighting is inefficient by today’s standard and releases a high amount of CO2. Replacing traditional sodium lamps with new LED Diodes reduces the negative environmental impact on the planet. AGM Desarrollos is replacing Colombia’s older sodium bulbs with new modern LED diodes, as well as installing new lighting in previously unlit areas.

Colombia is complying with the Paris agreement of 2015. Hoping to substantially reduce it’s CO2 output levels by 2030. A decree (943) of 2018 was issued in Colombia, which orders a reduction of levels by eliminating sodium lamps and installing LED based lighting. Cartagena de Indias, the capital of Bolívar are scheduled for the transition.

LED technology will allow more lights to operate while still reducing CO2 output by nearly 4,000 tons per year. The LED diodes are not only more efficient, they last significantly longer, an average of over 100,000 hours, creating a much more environmentally friendly system.

AGM Desarrollos has replaced or installed nearly 150,000 lamps in the Colombian territory.