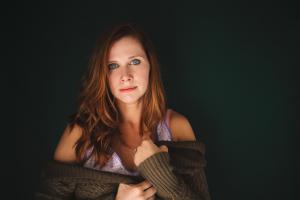 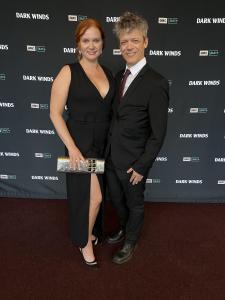 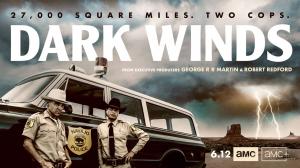 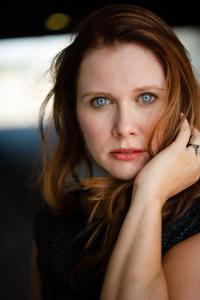 Based on the iconic book series by Tony Hillerman and executive produced by George R.R. Martin and Robert Redford, DARK WINDS follows Joe Leaphorn (Zahn McClarnon) and Jim Chee (Kiowa Gordon), two Navajo Nation police officers in the 1970s Southwest that are forced to challenge their own spiritual beliefs when they search for clues in a double murder case. Karen Smith (Bergeron) and her family find themselves innocently in the wrong place at the wrong time, resulting in unimaginable danger.

Already receiving rave reviews and praise for its inclusive storytelling, Bergeron was excited to be part of the new series. “It’s an honor to help bring Hillerman’s stories to life and to be amongst such talented actors. I hope that Dark Winds is a step toward more Native-driven storytelling and that soon these kinds of shows won’t feel ‘historic,” explains Bergeron.

Bergeron has been building a solid reputation for her talents on both sides of the camera. Audiences will recognize her from recurring as the English teacher ‘who don’t speak English so good’ on the ABC comedy Speechless. She has also created and starred in numerous projects of her own, including two celebrated seasons of Katie-Do, a one-woman variety show for the digital age comprised of sketches, shorts, songs, interviews and inspiration. Bergeron gained extra attention when her comedy-horror short, Meditations By Shadow, was named a finalist at the L.A. Funny Women Festival; and Easter Fools, her short created in conjunction with sketch group onewordnocaps, was featured on the prominent comedy platform WhoHaHa. Currently, Bergeron is developing an original half-hour comedy pilot set in a small-town children’s theater.

Originally from Portland, Michigan, a small town with a thriving civic theater program, Bergeron began performing at a young age, often singing with her family’s band “The Bergeron Trio.” Later, she made her way to Chicago and earned a degree in Musical Theater from the Acting Conservatory at The Chicago College of Performing Arts. She continued to hone her talents at The Second City and singing with local legend Ray St. Ray The Singing Cab Driver in Chameleon World, where she met her husband, the band’s drummer. A few years later, they made their way to Los Angeles and then New Mexico, currently splitting their time between both.