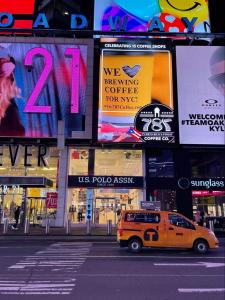 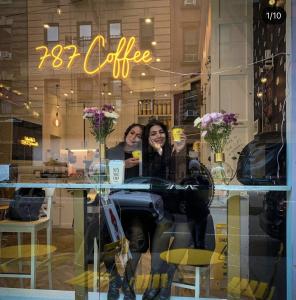 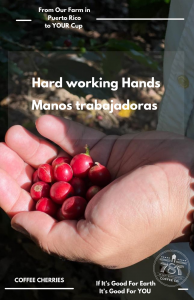 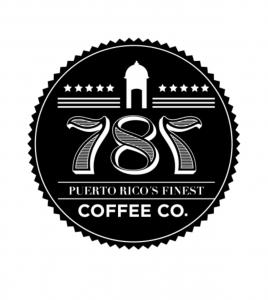 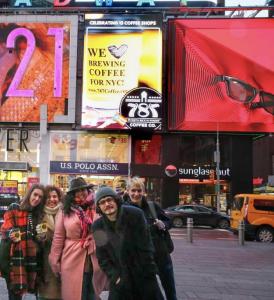 787 Coffee Celebrates 15 Coffee shops in New York and Puerto Rico with a billboard on Time Square! A true inspirational story.

NEW YORK CITY, NY, UNITED STATED, February 10, 2022 /EINPresswire.com/ — It all began with an abandoned farm in the hills and a passion to revitalize and promote Puerto Rico’s coffee industry. In 2014, ​​Brandon Ivan Pena and Sam Sepulveda took a leap of faith and purchased a defunct coffee plantation in the mountain region of Maricao, one of Puerto Rico’s poorest communities.

Fueled by a mission to provide employment opportunities, practice agricultural sustainability and follow higher than fairtrade standards, the farm was rebranded as “Hacienda Iluminada.” So began the 787 Coffee brand, which now manages 14 coffee shops in Puerto Rico and New York City.

Hacienda Iluminda’s farmers all hail from Maricao (located in the western part of the island) and surrounding communities, and Pena and Sepulveda’s business model promotes gender equality within the industry. Responding to the poor representation of women in the coffee business, they hired a female roaster and women make up 75 percent of the 787 Coffee leadership.

In San Juan, you can caffeinate at the conveniently located 787 Coffee shops in Santurce or Isla Verde (plans to open a new location on the Hacienda Iluminada plantation are in the works for 2022).

787 Coffee and the caffeinated humans around the famous coffee brand celebrates the opening of their first 15 coffee shops in NYC and in Puerto Rico.