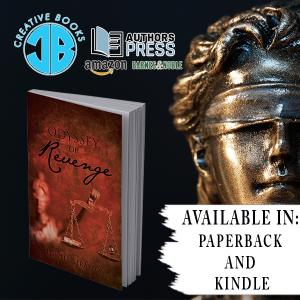 “Revenge, Desire, and Injustice: How Far Will You Go for Vengeance?”

In matters of truth and justice, there is no difference between large and small problems, for issues concerning the treatment of people are all the same.”
— Albert Einstein

LOS ANGELES, CALIFORNIA, UNITED STATES, April 6, 2022 /EINPresswire.com/ — Lowell Alan Stratton has released his new book Odyssey of Revenge— a realistic fiction that explores personal emotions of anguish, hate, anger, and despair in the face of tragedy and death. It also highlighted interpersonal conflict that discovers the variety of the constant debate on the validity of vengeance as a human condition and intrapersonal conflict that trapped his social being and threats that cannot be resolved.

The book centers on the desire for revenge and vengeance that suddenly intrudes on the otherwise placid lives of the Spencer family. Often seen as an abstraction, they become a reality with the death of a beautiful young teenage girl. Each person struggles with the personal definition of what it means to obtain retribution within their minds and on the larger scale of everyday life in a small Southern town. Friendships are challenged. Political power and personal greed are the dark and sometimes-violent causes of the chaos and misery everyone experiences. What would anyone do if faced with the travesty of stolen justice and the murder of an innocent brother? The dishonor left their family devastated. Trust is violated on many levels. The corruption of the criminal justice system was ignored and blinded even by high-ranking officials. Social order was prevailing — the only way to stop corruption is to work normally.

Now residing in western Colorado, Lowell Alan Stratton is a retired physician who specializes in family practice before devoting the latter half of his career to child, adolescent, and adult psychiatry in New Zealand. He also wrote the book, Glimpses of Life Forty Years.